The feature race at Newmarket on Saturday is the £250,000 Group 1 Sun Chariot Stakes for fillies and mares over a mile. It is named after the fillies’ Triple Crown winner of the 1000 Guineas, Oaks and St Leger in 1942. Although this race regularly attracts Guineas horses, they do not always hold their form this late in the season. French raider Sahpresa won the race for three successive seasons between 2010 and 2012. Last year’s renewal was won by Nazeef, trained by John Gosden and ridden by Jim Crowley. 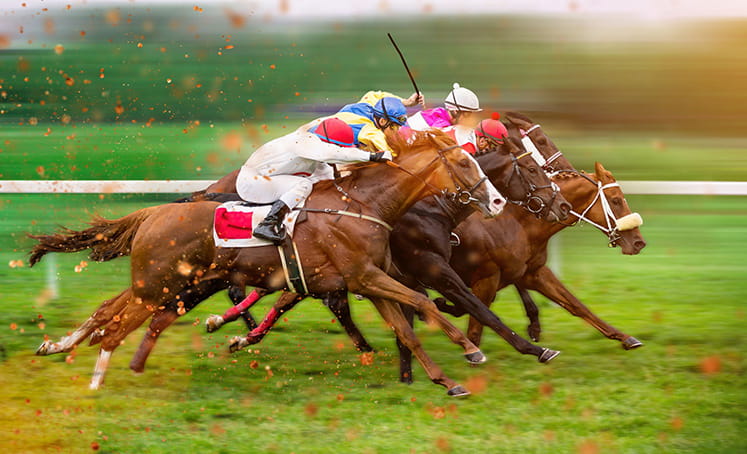 The Newmarket Classic form is well represented this year with Mother Earth (1st), Saffron Beach (2nd) and Fev Rover (3rd) all engaged. Mother Earth came out on top by a length on good to firm ground in early May and has been kept on the go since. She was runner-up in the French Guineas, third to Alcohol Free in the Coronation Stakes and runner-up to Snow Lantern in the Falmouth Stakes.

She regained the winning thread when a narrow winner of the Prix Rothschild in soft ground in August before finishing third in the Matron Stakes at Leopardstown. She is admirably tough and consistent but has had a long campaign.

Saffron Beach got off the mark for the season at Sandown in a Group 3 last time out. She failed to stay the Oaks trip and was never a factor in the Falmouth Stakes. Fev Rover has been defeated in all three starts since the Guineas, most recently finishing second to Real Appeal at Leopardstown. That came after an 85-day break, and she finished strongly, so could be in as good a shape as she has been all season.

Snow Lantern was over three lengths behind Alcohol Free at Goodwood and was fourth to Baaeed at Longchamp last month. The winner is regarded as exceptional, but it was still a slightly disappointing effort from the Hannon filly.

Lavender’s Blue did this column a good turn when winning the Group 2 Celebration Mile at Goodwood at 20-1. Amanda Perrett’s mare had always threatened to win a good prize, and the cards finally fell right for her that day, edging out the classy Benbatl by a short-head. The runner-up has won since, so Lavender’s Blue should not be underestimated at this level. She was behind some of her rivals in the Falmouth but raced wide that day and is much better with a bit of cover.

No Speak Alexander was hampered in the Prix Rothschild, so her win in the Matron Stakes was not a complete surprise. She was all out to beat Pearls Galore and favourite Mother Earth and had finished third in the Irish Guineas earlier in the season. Mother Earth was certainly badly hampered in the closing stages and could be expected to reverse the form on Saturday.

Champers Elysees was not disgraced in sixth place in the Matron Stakes, a race she won last year for Johnny Murtagh. She has been beaten in all seven subsequent starts, including when fourth to Nazeef in the corresponding race last year.

The Sun Chariot Stakes is due off at 2.55 at Newmarket on Saturday 2nd October and will be televised live on ITV4.