The big betting race on the final day of Glorious Goodwood on Saturday is the Unibet Stewards’ Cup at 3.40. This tricky six furlong handicap has produced a mixture of winning favourites and outsiders in recent seasons. Three-year-olds Magical Memory (2015), Dancing Star (2016) and Khaadem (2019) were all well-backed favourites. Lancelot Du Lac sprang a 25-1 surprise under Frankie Dettori in 2017 and Summerghand defied a big weight at odds of 22-1 last year. 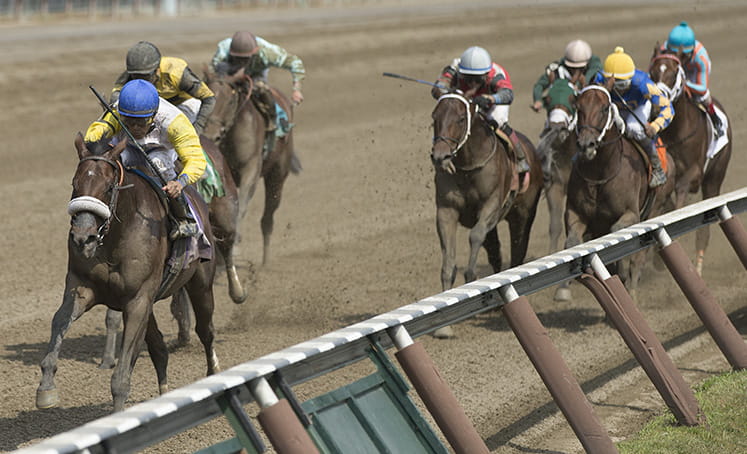 James Fanshawe won this race in 2007 with the well-supported Zidane and has another major player here in Fresh. The four-year-old gelding ran the race of his life when beaten a head by Rohaan in the Wokingham Stakes at Royal Ascot. He was racing off a 5lbs higher mark than when beating Pendleton by a nose on the same course in May. The handicapper has raised him a further 3lbs but he looks sure to run a big race.

Hurricane Ivor dead-heated with Phoenix Star at Sandown when carrying 9st 12lbs at the start of the month. He then finished a short-head second to Significantly at Ascot, both races over five furlongs. He was a six furlong winner in France before joining William Haggas so the extra furlong holds no fears. Chil Chil reverts to handicap company after finishing a fair ninth behind Starman in the Group 1 July Cup at Newmarket. Andrew Balding’s mare had won a high class renewal of the Group 3 Chipchase Stakes at Newcastle on her previous outing. She could be anchored by her welter burden of 9st 10lbs.

Commanche Falls has been racing consistently in the north for Michael Dods, a past master at producing these improving sprinters. The gelding was last seen edging out Music Society at Hamilton two weeks’ ago. Ejtilaab is another potential improver and has moved stables since his latest victory. He beat Mondammej by two and a half lengths at Newcastle for Ian Williams and is now with Charlie Fellowes.

The stable also run Chiefofchiefs, fourth in the Wokingham but a difficult horse to predict. He raced over a mile earlier in his career but has put in some good efforts over six and seven furlongs in the past couple of seasons. Jamie Spencer retains the ride and likes the drop the eight-year-old in behind early on. Those tactics will be difficult to execute in this big field.

Motagally finished fourth to King’s Lynn at Haydock in May before chasing home Caspian Prince at Beverley. He is well weighted on his victory over Chil Chil at Bath on firm ground last summer but his subsequent form has not quite lived up to that promise.

Ryan Moore is an interesting booking for Meraas, trained by Mark Johnston. The horse was strongly fancied here 12 months’ ago when finishing a close sixth off a mark of 103. He has been beaten in all four races since and undergone wind and gelding operations. His last run hinted at a possible return to form and he is 3lbs lower in the handicap. William Buick partners Great Ambassador for Ed Walker, a lightly-raced son of Exceed And Excel. He was nearly 4 lengths behind Chil Chil at the start of May but this trip could be on the sharp side for him.

The Stewards’ Cup is due off at 3.40 at Goodwood on Saturday 31st July and will be televised live on ITV.