The 1.50 race at Newbury on Saturday is the £45,000 Steventon Stakes over a mile and a quarter. The race is open to three-year-olds and upwards and has been won by some very smart performers. These include Arlington Million winner Chester House (1998), Arc de Triomphe winner Sakhee (2001) and multiple Group race winner Mubtaker (2003). Last year’s race was won by Global Giant, trained by John Gosden and ridden by Frankie Dettori. 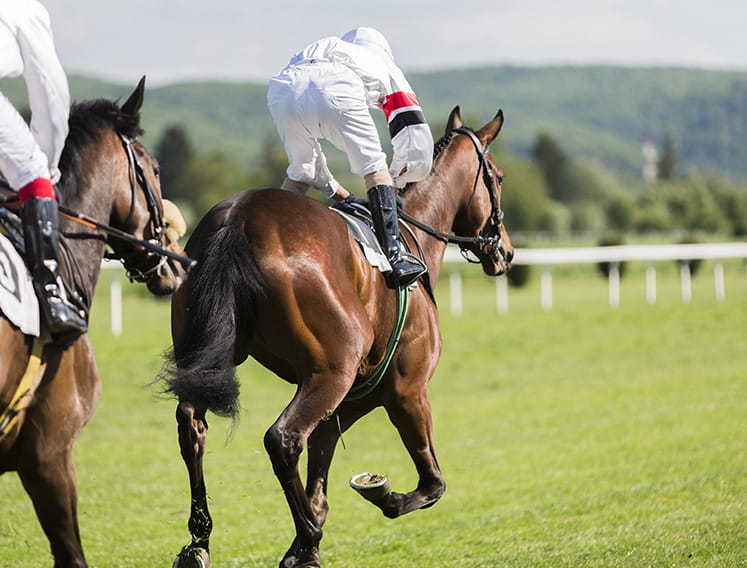 Real World Up In Class After Royal Ascot Victory

The most fascinating runner here is Real World, trained by Saeed bin Suroor for Godolphin. The four-year-old appeared to leave his previous form behind when running away with the Royal Hunt Cup at Ascot last month. He had only previously raced on an artificial surface, winning a Chelmsford novice and showing consistent form in handicaps a Meydan.

With no turf form to go on, he started at 18-1 at Ascot but routed a large field by four and three-quarter lengths. The win was even more remarkable for the way he raced in a small group on the far side of the track, powering clear impressively off an official rating of 94. He has been raised a stone by the handicapper, so connections are understandably raising their sights.

John Gosden bids to repeat last year’s success in this race when he saddles Derab, a three-year-old colt by Sea The Stars. He has some high class form in the book, notably when runner-up to subsequent Group 1 Falmouth Stakes winner Snow Lantern over a mile here in April. He underlined the value of that form with an impressive wide-margin win at Newmarket before tackling Group 1 company in the French Derby.

He could never land a blow in that big field but was not disgraced in eighth place, just six lengths behind St Mark’s Basilica. The winner followed up in the Eclipse Stakes at Sandown, and Derab will not meet anything of his calibre on Saturday.

Movin Time Bids To Bounce Back At Newbury

Roger Varian’s Movin Time has a similar profile to Derab, a very promising colt dropping down in grade after a defeat in Group race company. He recorded a comfortable four lengths victory at Newmarket in May and took his chance in the Group 3 Hampton Court Stakes. The son of Fastnet Rock did not get the run of the race and faded to finish fifth, five lengths behind Mohaafeth. The winner is held in high regard and was fancied for the Epsom Derby only to be withdrawn due to testing conditions.

Solid Stone is well-named and rarely runs a bad race. He carries a 3lbs penalty for beating Stormy Antarctic in a Listed race at Windsor in May. He followed that with a typically game third behind Juan Elcano in the Wolferton Stakes at Royal Ascot. He seems equally effective from a mile to a mile and a quarter and has place claims.

Blue Cap went in many a notebook with his luckless run at Epsom in April and duly landed a decent handicap at the Derby meeting. He had been a disappointing favourite at York in between, and Trainer David Menuisier fitted a hood for the first time. He also ran in the Wolferton Stakes, finishing just three-quarters of a length behind Solid Stone in fourth. They meet here on identical terms, and he could be dangerous, especially if allowed to coast into the race off a fast pace.

Felix finished sixth in the Wolferton, and his rider reported that he was hanging to his right. He has shown his best form on the all-weather but looks an improved turf performer. He was only four lengths behind Lord North in the Dubai Turf in March. Fox Tal is a very talented but frustrating individual trained by Andrew Balding. He often appears to be travelling easily in his races but does not find much off the bridle.

Majestic Dawn left punters stunned when winning the Cambridgeshire at 40-1 in September. He had finished last on his previous start but was galvanised by the application of blinkers. He was a good third under top weight in a Windsor handicap on his reappearance last month. Stormy Antarctic is a great stalwart for the Ed Walker stable and gained his ninth career win at Goodwood in May. He looks held by Solid Stone on Windsor form.

The Steventon Stakes is due off at 1.50 at Newbury on Saturday 17th July and will be televised live on ITV.