The highlight of the Doncaster card on Saturday is the £700,000 St Leger Stakes over a mile and three-quarters. The St Leger is Britain’s oldest Classic and was first run in 1776. It is the final leg of the English Triple Crown after the 2000 Guineas and the Derby, although this has rarely been attempted in modern times. 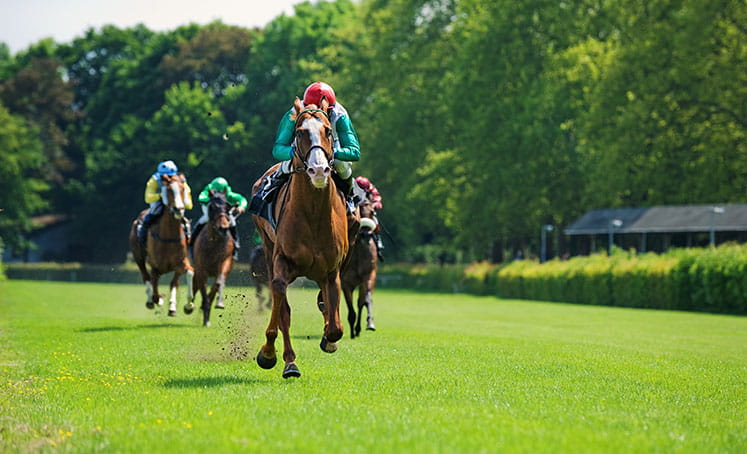 Nijinsky was the last horse to land the Triple Crown in 1970 with Camelot the most recent horse to attempt it, finishing second in the 2012 St Leger. Aidan O’Brien has trained the winner on six occasions, most recently with Kew Gardens in 2018. Last year’s race was won by Galileo Chrome, trained by Joseph O’Brien and ridden by Tom Marquand.

The market is dominated by Charlie Appleby’s Hurricane Lane, third to stable companion Adayar in the Epsom Derby and the winner of the Irish Derby. The son of Frankel began his campaign with a gritty performance to win the Dante Stakes at York. He was beaten over seven lengths at Epsom but reportedly lost both front shoes during the contest. He looked held by Lone Eagle at the Curragh next time but wore down that rival in the shadow of the post to win by a neck. He then travelled to France to record an emphatic six lengths victory in the Group 1 Grand Prix de Paris. It is difficult to see stamina being an issue, and if there is a kink in his armour, it could be the ground. He is yet to race on anything faster than good ground, and the going was very soft at Longchamp.

Official ratings but Hurricane Lane 6lbs clear of his nearest rival, Derby runner-up Mojo Star. Richard Hannon’s colt was a revelation at Epsom as he went into the race still a maiden. Like Hurricane Lane, he did not have an easy time at Epsom and was struck into on his left fore. His subsequent run at the Curragh was disappointing when only fifth before recording a confidence-boosting win in a four-runner maiden at Newbury.

Johnny Murtagh recently plundered the Ebor Handicap at York and now has his sights on Classic glory with Ottoman Emperor. The imposing chestnut has been very progressive this season, winning his last four starts. His most recent success was in the Gordon Stakes at Goodwood, where he outstayed Sir Lucan by half a length.

The form is interesting as he had Grand Prix de Paris runner-up Wordsworth well held in fifth and subsequent Great Voltigeur winner Yibir in sixth. Andrew Balding’s Youth Spirit plugged on into fourth, two lengths behind the winner and will be 3lbs better off on Saturday.

One-time Derby favourite High Definition finished third to Hurricane Lane at York in May but has looked very slow in both of his subsequent starts. The colt was tested after his latest effort in the Great Voltigeur, where he finished a laboured sixth behind Yibir.

If Aidan O’Brien has a likely outsider here, it is probably Interpretation who is proven at the distance. He made the running to beat Fernando Vichi at Leopardstown last month in a listed race and now takes a big step up in class. The Mediterranean looks held by Hurricane Lane on Longchamp form, although the faster ground could be in his favour. Sir Lucan has a little bit to find with Ottoman Emperor and was subsequently fourth to Yibir. He can get a little warm in the preliminaries and was quite free-running in cheekpieces at York. Scope finished fifth in the same York race, beaten just over two lengths.

The St Leger is due off at 3.35 at Doncaster on Saturday 11th September and will be televised live on ITV.