The big betting race this weekend is the £150,000 Ayr Gold Cup over six furlongs. This is one of the most prestigious sprint handicaps of the season and dates back to 1804. The last Scottish-trained winner was Roman Warrior, who defied a record ten stone in 1975. The race is always heavily over-subscribed, so a Silver Cup and a Bronze Cup were introduced to cater for those failing to make the cut. 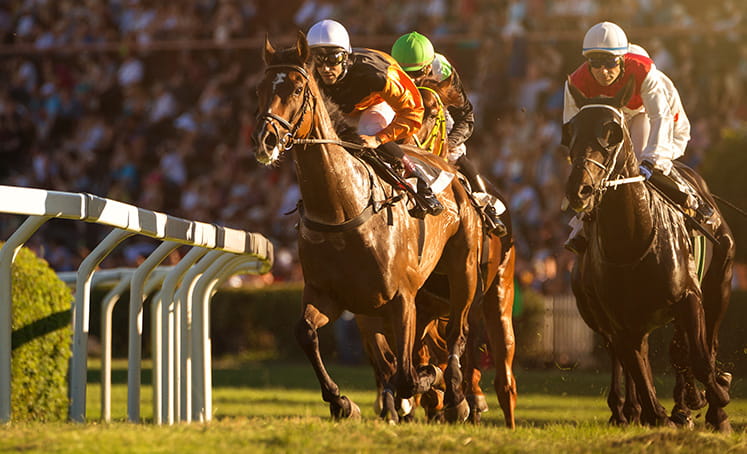 There were no winning favourites in the Ayr Gold Cup between 1997 and 2015 when Don’t Touch ended the drought. Son of Rest (dead-heat) in 2018 and Nahaar (2020) have struck for punters in recent years, although it remains one of the trickiest sprint races in the calendar.

The early market leader is Ed Walker’s Great Ambassador, the winner of the listed Garrowby Stakes at York on his most recent start. The gelding was well-fancied for the Stewards’ Cup at Goodwood and ran well to finish a close third to Commanche Falls. He was rated 96 that day and won comfortably at Newmarket next time off only 1lb higher. A 5lbs penalty takes him up to 106 for Saturday’s big sprint.

Commanche Falls has not raced since Goodwood, where he had a neck to spare over Gulliver. He is only 4lbs higher, so is weighted to confirm the form with Great Ambassador. Neither horse has any marked ground preference, so should handle the forecast good to firm surface.

Ed Walker has a useful second string here in Popmaster, the mount of Hollie Doyle. The grey was a winning favourite at Ascot on his most recent start, beating Royal Scimitar by two and a half lengths. He has a 5lbs penalty but is an improving three-year-old and will wear blinkers for the first time.

Motagally carries the Shadwell colours and will like the good to firm surface. He was only fourth at Goodwood last month but was carrying 9st 12lbs that day. Kevin Ryan saddles Hey Jonesy and Bielsa, both capable sprinters on their day. Bielsa looks the more likely of the two after finishing a close sixth in the Stewards’ Cup after racing alone up the centre of the course for a long way.

Andrew Balding’s Fivethousandtoone finished second in the Group 2 Mill Reef Stakes on this day last year. He then finished a fair seventh in the Dewhurst Stakes but has been slow to find his form this season. He was three lengths behind Great Ambassador at York and will be 2lbs better off on Saturday.

Gulliver is a regular fixture in these big sprint handicaps and finished third in this race in 2019. He was only eleventh last year but looks as good as ever this season. He was runner-up in the Wokingham and a fine fourth in the valuable Bold Lad Sprint Handicap at the Curragh last time.

Sunday Sovereign has been racing almost exclusively over five furlongs but did win over six in Ireland as a two-year-old. He won with a bit in hand at Chester last time and is another to carry a 5lbs penalty at Ayr. Just Frank will also have his supporters after making all to win comfortably at Thirsk last month.

Chiefofchiefs ran a cracker in the Stewards’ Cup to finish fifth and was also fourth in the Wokingham. He was never a threat in a listed race at Newmarket last time, but he loves these big handicaps. The ground may be a little on the fast side for him.

The Ayr Gold Cup is due off at 3.40 on Saturday 18th September and will be televised live on ITV.