The feature race at Haydock Park on Saturday is the £80,000 Group 3 Rose Of Lancaster Stakes over a mile and a quarter. The race is open to three-year-olds and upwards and was promoted from Listed status in 1989. Notable previous winners include Nayef (2001), Jukebox Jury (2009) and Addeybb (2019). Last year’s race was won by Extra Elusive, trained by Roger Charlton and ridden by Hollie Doyle. 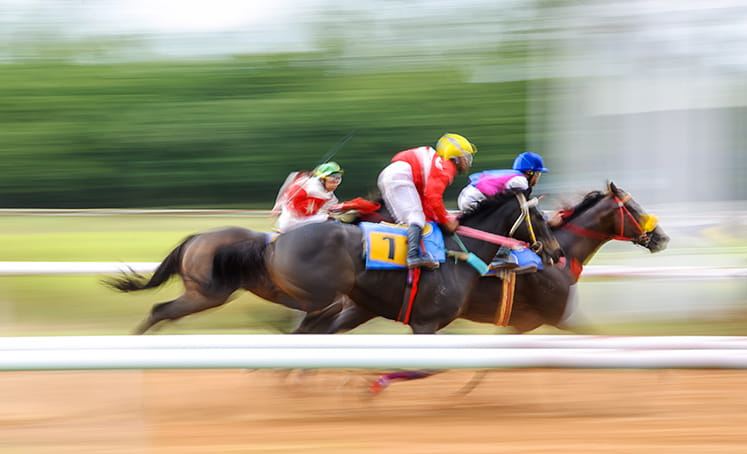 The ante-post favourite is Real World who is chasing a hat-trick after victories at Royal Ascot and Newbury. He is trained by Saeed bin Suroor and returned from a promising winter in Dubai to make his turf debut in the Royal Hunt Cup at Ascot. Racing off a mark of 94, the colt burst clear on the far side of the track to win easily by four and three-quarter lengths.

The handicapper re-assessed the son of Dark Angel on 108 and he duly stepped up to listed class to beat Derab in the Steventon Stakes at Newbury. He was well on top at the finish and looks ready for his first race in Group company this weekend. Both of those victories were on good to firm ground so the only slight concern would be if the going turned soft in the north west this weekend.

Andrew Balding is enjoying a terrific season and is represented here by Foxes Tales, also a Royal Ascot winner. His victory came in the Golden Gates Handicap when winning off a mark of 93 under Oisin Murphy. He was raised 9lbs and almost defied the handicapper when beaten a head by Dubai Honour in a valuable Newmarket handicap. Official ratings suggest he is around 7lbs inferior to Real World but he goes on any ground and has solid each-way claims.

Euchen Glen has been a fantastic flagbearer for the Jim Goldie stable, winning 12 races and nearly £450,000 in prize money. He has been running consistently of late, winning at Sandown twice and placing behind Passion And Glory at Goodwood. He has been restrained in the early stages of his races this season but has made the running in the past and won’t go down without a fight.

Hollie Doyle and Extra Elusive will have their supporters, despite a poor effort behind Euchen Glen at Sandown in May. The gelding has been given plenty of time to recover from that and would have a chance if reproducing last season’s form in this race.

Eight-year-old Stormy Antarctic notched his ninth career win when beating Desert Encounter at Goodwood in May. He had previously finished behind Solid Stone at Windsor but looked on good terms with himself at the Sussex track. Forest Of Dean was a close third to Bangkok in the Lingfield Easter Classic in April but well beaten at Royal Ascot. If you are prepared to overlook that run, he could go well for John and Thady Gosden.

Last season’s 40-1 Cambridgeshire winner Majestic Dawn has run with credit in both of his recent starts but is finding it tougher of an 11lbs higher mark. He takes his chance in a higher grade while Richard Hannon’s Fancy Man has yet to recapture his promising juvenile form.

The Rose Of Lancaster Stakes is due off at 4.10 at Haydock Park on Saturday 7th August and will be televised live on ITV4.