The big betting race at Newcastle this weekend is the £150,000 Northumberland Plate over two miles. Affectionately known as the “Pitmen’s Derby”, the race has been run on the all-weather surface since 2016 but remains one of the top staying handicaps of the season. Despite the competitive nature of the race, recent winners have often been well-supported with four winning favourites in the past nine seasons. Last year’s race was won by 9-2 favourite Caravan Of Hope, trained by Hugo Palmer and ridden by Harry Bentley. 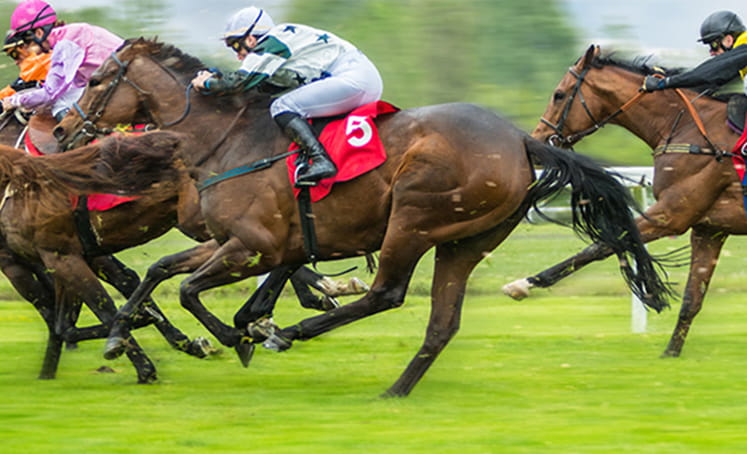 The weights are headed by Trueshan, a late withdrawal from last week’s Ascot Gold Cup due to the fast ground. The five-year-old had been aimed at the race by Trainer Alan King since romping to a wide margin success in the British Champions Long Distance Cup at Ascot. The gelding reappeared at Chester in the Group 3 Ormonde Stakes when beaten three-quarters of a length by Japan. Rhys Clutterbuck takes over the reins so that he can reduce the burden with his 5lbs claim.

Reshoun held M C Muldoon by a short-head in the Ascot Stakes over two and a half miles last week. He was the longest-priced winner of the meeting at 66-1 and could make a quick reappearance. Trainer Ian Williams may also run Mancini who also ran surprisingly well as the 125-1 outsider. He briefly led at the two-furlong pole and the drop back in trip will be in his favour.

Mark Johnston is mob-handed with five runners led by Mildenberger. He has run well here in the past, notably when second to stable companion Nayef Road in a Group 3 last summer. He last ran in Dubai in February

Dubious Affair Primed For Big Run In The Plate

One of the unluckiest losers at Royal Ascot was Dubious Affair, a fast-finishing second to Amtiyaz in the Copper Horse Handicap. Jamie Spencer was twice checked in his run up the inside rail and was only beaten a head at the line. Dubious Affair had not run since finishing well down the field behind Trueshan at Ascot last October and will be hard to beat if last week’s exertions have not taken their toll.

Australis finished runner-up in this race 12 months’ ago when rated 86. He has won twice on the all-weather since and hinted at a return to form when fourth at Epsom recently. That was over an inadequate mile and a half trip but he is 10lbs higher in the handicap this time.

Rainbow Dreamer (fifth), Rajinsky (seventh) and Just Hubert (eleventh) also ran here last season. Rainbow Dreamer is a stable companion of the top weight but has looked in the grip of the handicapper in recent races. Rajinsky has run some good races in defeat, including last time out behind Frankenstella at Haydock in heavy ground. Joseph O’Brien sends Grandmaster Flash across the Irish Sea, despite a moderate run on his last appearance at Chester. Ryan Moore rode him on that occasion when he never got competitive behind Green Book over an extended two and a quarter miles. He may not have been suited by the softer ground that day and has shown his best form on the all-weather at Dundalk.

The Northumberland Plate is due off at 3.30 at Newcastle on Saturday 26th June and will be televised live on ITV.