The feature race at Newmarket on Saturday is the £500,000 Group 1 Dewhurst Stakes for two-year-olds over seven furlongs. This is widely regarded as the leading juvenile race of the season and often provides Classic clues for the following year. Legends of the Turf including Crepello (1956), Nijinksy (1969), Mill Reef (1970) and Frankel (2010), have won this race in the past, as well as a host of subsequent Derby and 2000 Guineas winners. 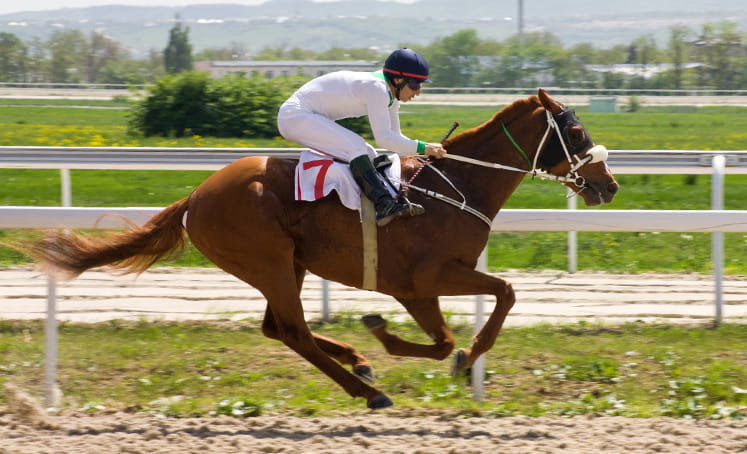 Aidan O’Brien has dominated the race in recent years and is one short of equalling the all-time Dewhurst record of 8 wins, held jointly by John Porter and Frank Butters. O’Brien saddled the one-two last season with St Mark’s Basilica and Wembley, while his previous winners include Rock of Gibraltar (2001) and Churchill (2016).

It has been a fantastic season for Charlie Appleby, winning the English Derby (Adayar) and Irish Derby and the St Leger (Hurricane Lane). He had to fourth and second place respectably in last weekend’s shock Prix de l’Arc de Triomphe but is already looking forward to Classic glory in 2022. He saddles the odds-on favourite here in the unbeaten Native Trail, a colt by Oasis Dream out of a mare by Observatory.

Native Trail won smoothly on his racecourse debut at Sandown in June but only had a short-head to spare over Masekela in the Group 2 Superlative Stakes at Newmarket. It was his next race which catapulted him to the head of the Guineas market, an impressive rout of a good field in the Group 1 National Stakes at the Curragh. He saw off the big O’Brien hope Point Lonsdale by three and a half lengths with a solid yardstick in Ebro River back in third. The colt is yet to race on ground softer than good, but it drains well here at Newmarket, and he is 12lbs clear of the field on official ratings.

Bayside Boy is closely matched on a line through Masekela on Newbury form in August. Roger Varian’s colt has since beaten Reach For The Moon by a head at Doncaster on good to soft ground. There were only four runners that day, so the form is difficult to assess, but he stays and acts on the ground.

The dark horse of the race is Straight Answer, who carries the famous Frankel colours of Juddmonte. He won in soft ground at the Curragh on his debut for Ger Lyons before an emphatic five, and a half lengths win in a Listed race at Fairyhouse. He is by Kodiac out of a seven-furlong winner and likes to race keenly from the start.

Berkshire Shadow looked a smart colt when swooping late to win the Coventry Stakes in June. He ran on doggedly at Goodwood next time but was a disappointing favourite in the Gimcrack Stakes at York, finishing only seventh to Lusail. No reason was put forward for that lack-lustre effort, so the grey has a bit to prove this weekend.

Aidan O’Brien’s runners always command respect in this race, and his main hope looks to be Glounthaune. He was a narrow winner of a Curragh maiden back in April but already has an entry in next year’s Irish 2000 Guineas. O’Brien recently won the Cheveley Park Stakes with a filly that had a similar profile, so Glounthoune could be one to note in the betting market.

Dubawi Legend finished a well beaten third to Royal Patronage at York in August after a five lengths debut success at Doncaster. He was favourite for the York contest but never really looked like taking a hand in the finish.

The Dewhurst Stakes is due off at 2.55 at Newmarket on Saturday 9th October and will be televised live on ITV.