Longchamp takes centre stage on Sunday for the Group 1 Prix de l’Arc de Triomphe over a mile and a half. This is one of the most prestigious horse races anywhere in the world and has been won by many of the greatest names in the sport. No horse has ever won the race three times, although Enable went close when just failing to complete the hat-trick in 2019. She had to give best to Waldgeist, trained by record eight times winner Andre Fabre. 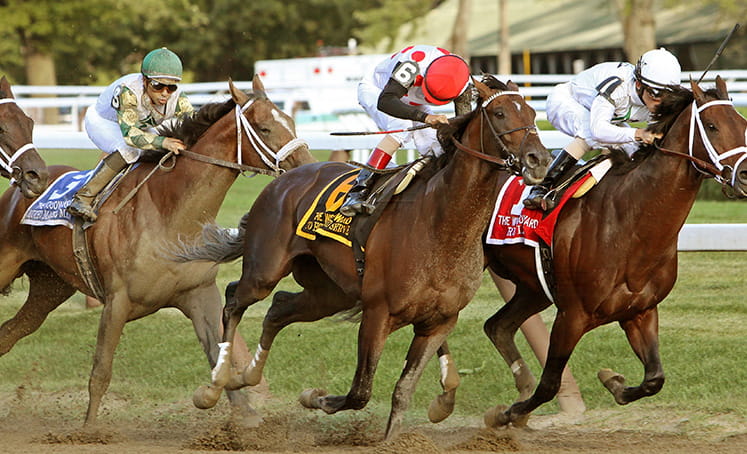 This has been the target for Dermot Weld’s Tarnawa ever since she defeated Magical in last season’s Breeders’ Cup Turf. She is no stranger to Longchamp, having won the Prix Vermeille and Prix de l’Opera, that latter at the corresponding fixture 12 months’ ago. That race was run on heavy ground while her subsequent victory at Keeneland was on firm, so she is a classy and versatile filly.

She reappeared with an effortless wide-margin win over inferior rivals at Leopardstown in August. That set her up for the Irish Champion Stakes, where she chased home St Mark’s Basilica. She was taken across the course by that rival in the home straight, so it was to her credit that she was beaten less than a length. Having enjoyed a smooth preparation and being at her best in the Autumn, it is difficult to find any flaws in Tarnawa, who looks certain to run well.

Pitted against her are the two Classic winning colts from the Charlie Appleby stable in Newmarket, Adayar and Hurricane Lane. Adayar was not the stable first choice going to Epsom, but he bounced back from his disappointing defeat in the Lingfield Derby Trial to beat Mojo Sar by four and a half lengths. He had looked an out-and-out stayer at Lingfield and when beaten by Alenquer at Sandown previously.

His latest start was the King George VI and Queen Elizabeth Stakes at Ascot, where he faced just four rivals. The colt outstayed Mishriff with Aidan O’Brien’s Love comfortably held in third place. Love has shown a distinct preference for faster ground, so there seems no reason why she will be able to reverse the form on softer ground at Longchamp.

History is against St Leger winner Hurricane Lane, beaten over seven lengths by Adayar at Epsom. He wore down Lone Eagle to win the Irish Derby on his next start before winning the Grand Prix de Paris by six lengths over course and distance. He had Alenquer well beaten in third that day and went on to justify favouritism in the Doncaster Classic last month. Horses that ran in the St Leger have an appalling record in the Arc. The Leger can be a gruelling stamina test over a mile and three-quarters and can leave its mark.

It seemed unthinkable at the start of the season that Aidan O’Brien’s Love would be his second string, but runaway Oaks winner Snowfall is preferred in the betting. Ryan Moore has also chosen the three-year-old who won by a record 16 lengths on a miserable wet day at Epsom in June. She has since cruised home in the Irish Oaks and Yorkshire Oaks but blotted her copybook when beaten in the Prix Vermeille last month. Starting at a prohibitive 1-5 favourite, she was unable to reel in Teona and was beaten a length and a half.

To put that in perspective, Teona finished 28 lengths behind Snowfall at Epsom. Roger Varian believes Teona is a much more settled filly now, but the massive turnaround in form in the Vermeille is a real head-scratcher.

Dermot Weld has singled out the grey Japanese mare Chrono Genesis as a possible danger to Tarnawa. She was an unlucky second to Mishriff in the Sheema Classic at Meydan in March and has since won the Group 1 Takarazuka Kinen at Hanshin. She has won on yielding ground and will be partnered by Oisin Murphy. Japan are also represented by Deep Bond, who defeated Broome over course and distance in the Prix Foy when making all the running.

The Prix de l’Arc de Triomphe is due off at 3.05 at Longchamp on Sunday 3rd October and will be shown live on ITV.