The feature race at Newbury on Saturday is the £350,000 Group 1 Lockinge Stakes over a mile. This is the first major mile event of the season and is often a good guide to the Queen Anne Stakes at Royal Ascot. Notable past winners include Hawk Wing (2003), Russian Rhythm (2004), Canford Cliffs (2011) and Frankel (2012). The 2019 renewal was won by Sir Michael Stoute’s Mustashry, but last year’s meeting was abandoned due to the pandemic. 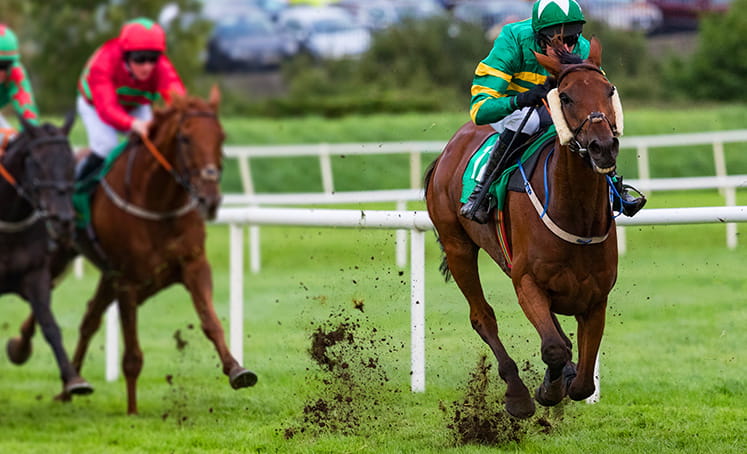 The hot favourite is Palace Pier, a four-year-old son of Kingman trained by John and Thady Gosden. He has won five of his six races, including the St James’s Palace Stakes and the Prix Jacques le Marois. He suffered his only defeat when third to The Revenant in the Queen Elizabeth II Stakes in October. The Bet365 Mile at Sandown was chosen for his comeback race, and he made no mistake and comfortably beating Bless Him by eight lengths.

Lope Y Fernandez is officially the closest to the favourite on official ratings, albeit 8lbs inferior. After finishing third in the Irish 2000 Guineas, he was trained for the top sprint races last season but has come into his own since stepping back up to a mile. He was third to stable companion Order Of Australia in the Breeders’ Cup Mile and strolled to an easy win at Leopardstown last month.

My Oberon won the Group 3 Earl Of Sefton Stakes at the Newmarket Craven meeting. That did not look the greatest renewal, but he deserved his victory after some useful efforts last season when runner-up at Goodwood and Haydock. His Haydock conqueror was Top Rank, who was conceding 5lbs and is in opposition here on level terms. The grey has won five of his seven career starts and is still improving, judging by his victory in the Doncaster Mile in March.

Simon and Ed Crisford are represented by stable stalwart Century Dream, already twice a course winner. He made all the running to beat King Of Comedy here last summer in the Group 3 Diomed Stakes. He later won the Group 2 Celebration Mile at Goodwood. He has won before after a lengthy absence, so should be fit enough to do himself justice.

Safe Voyage is now an eight-year-old but enjoyed his best season last year for John Quinn. He won the Group 2 Boomerang Mile at Leopardstown before finishing a close third in the Group 1 Prix de la Foret at Longchamp. He likes cut in the ground, so the recent rain will be in his favour.

Lord Glitters is also eight years of age but still retains plenty of dash. He won the Group 1 Jebel Hatta at Meydan in March and was not disgraced behind Lord North next time. Both races were over nine furlongs, and it may be that he is more effective over ten furlongs these days.

Pogo showed improved form last season, finishing third in the Group 1 Prix d’Ispahan behind Persian King. He filled the same spot in the Royal Hunt Cup and won a Listed race over a mile at Windsor. He battled back to beat Mums Tipple at Leicester last month, so should be in peak condition for Saturday’s race.

Happy Power looks well held on Sandown form, where he finished over 12 lengths adrift of Palace Pier in third spot. Lord Campari has not raced since August but looked a useful prospect when winning a novice event over course and distance in June. He could be one to keep an eye on for later in the season.

The Lockinge Stakes is due off at 3.35 at Newbury on Saturday 15th May and will be televised live on ITV.