The 3.05 at Goodwood on the final day of the festival meeting on Saturday is the £300,000 Lillie Langtry Stakes. The race is for fillies and mares aged three and upwards and is over a mile and three-quarters. There have been three dual winners of the race, the most recent being Enbihaar (2019 and 2020). The most notable previous winner was Simple Verse in 2015 who went on to win the St Leger at Doncaster. 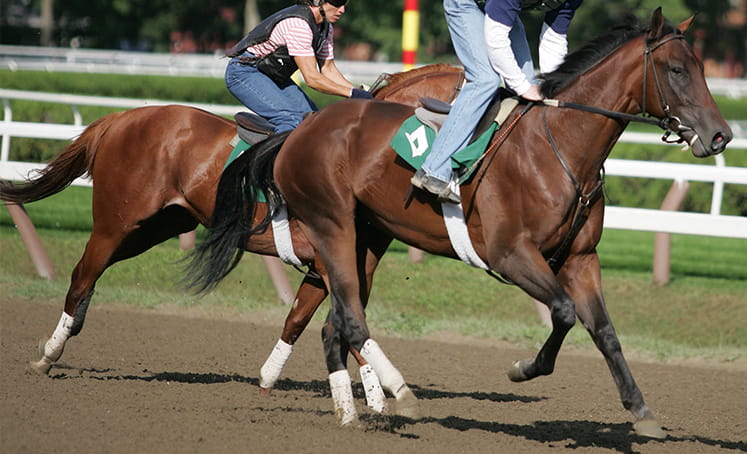 David Menuisier saddles the short-priced favourite Wonderful Tonight, a four-year-old daughter of Le Havre. She was a very progressive filly last season, winning Group 1 races at Longchamp and Ascot in the Autumn. She displayed a clear preference for soft ground and connections will be hoping that the track does not dry out too much.

She was particularly impressive on her final start as a three-year-old when beating Dame Malliot by two and a half lengths in the British Champions Fillies and Mares in October. She did this column a nice turn when returning victorious at Royal Ascot last month, staying on strongly to defeat Broome by a length and a half in the Hardwicke Stakes. Providing there remains enough give in the ground, Wonderful Tonight looks a worthy favourite.

Albaflora is trained by Ralph Beckett who enjoyed an opening day double at Goodwood on Tuesday. She finished 6 lengths behind Wonderful Tonight at Ascot last month, although she did spread a plate that day. She was beaten only a head by Berkshire Rocco over this trip at Ascot last October so there are no stamina concerns for her. Rossa Ryan takes the ride, fresh from his big race success on Kinross earlier in the week.

Believe In Love steps up in class in Lillie Langtry

Roger Varian’s Believe In Love is a four-year-old by Make Believe out of a Kahyasi mare. She has won five of her eight races including the Group 3 Stanerra Stakes at Leopardstown last time out. She was also a Group 3 winner in France last October in heavy ground. Believe In Love has twice won on good ground so drying conditions will not be a concern.

Aidan O’Brien relies on Divinely, a three-year-old daughter of Galileo out of the prolific race-winning mare Red Evie. She finished third in the Epsom Oaks, albeit 18 lengths adrift of stable companion Snowfall. A fair fourth in the Ribblesdale was followed by another remote placing behind Snowfall in the Irish Oaks.

The Andrew Balding stable struck in the Group 1 Sussex Stakes on Wednesday with Jeff Smith’s Alcohol Free. The same colours are carried here by Tribal Craft, a five-year-old mare by Mastercraftsman. She looks held on form by Albaflora as she was beaten 7 lengths by that horse at Ascot in May. Golden Pass was beaten a head by Katara at Pontefract in June before winning a listed race at Newmarket. The daughter of Golden Horn could still be improving but it would be a surprise if she was good enough to trouble the favourite.

The Lillie Langtry Stakes is due off at 3.05 at Goodwood on Saturday 31st July and will be televised live on ITV.