The big race in Ireland this weekend is the Group 1 Irish Champion Stakes at Leopardstown on Saturday. This is one of the most prestigious ten-furlong races in the world and often attracts the best middle-distance horses in Europe. Aidan O’Brien has won it a record nine times, including for the past two seasons with Magical. His previous winners include High Chaparral (2003), Dylan Thomas (2006, 2007), and So You Think (2011). 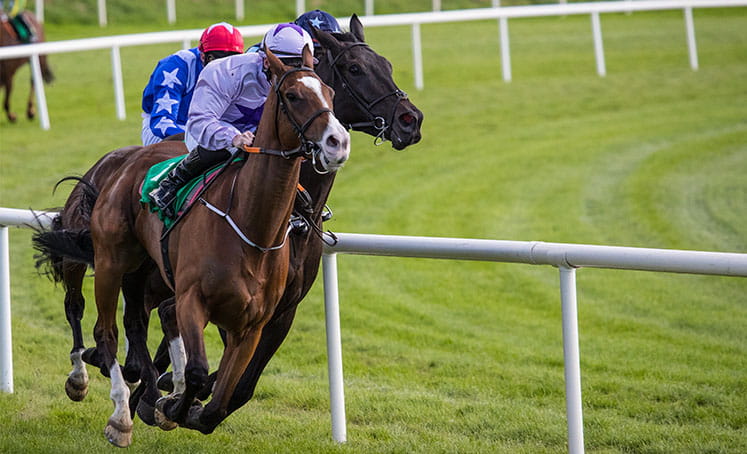 O’Brien will seek a tenth win in the race with St Mark’s Basilica, unbeaten in three Group 1 races this season. The son of Siyouni won the Dewhurst Stakes last season but was aimed at the French Guineas in preference to Newmarket, sweeping through to beat Colosseo comfortably. He then stepped up to ten and a half furlongs for the French Derby, once again displaying a smart turn of foot to win nicely.

His most recent start was against his elders in the Coral Eclipse at Sandown. He faced only three rivals, with Mishriff expected to give him most to do. That horse did not run to his best that day, with St Mark’s Basilica quickening away from Addeybb in the closing stages. There was plenty of cut in the ground in all three races, so it will be interesting to see how he handles this weekend’s forecast faster conditions.

He is also up against a very serious rival in Tarnawa, currently among the market leaders for the Prix de l’Arc de Triomphe. The mare enjoyed a brilliant autumn campaign for Dermot Weld. She won the Prix Vermeille and the Prix de l’Opera at Longchamp before defeating Magical in the Breeders’ Cup Turf at Keeneland. She has been kept in training specifically for the Arc and looked as good as ever when strolling to a wide margin success at Leopardstown last month. All types of ground seem to come alike to the daughter of Shamardal.

Consistent Poetic Flare Steps Up In Trip At Leopardstown

The race also sees 2000 Guineas and St James’s Palace Stakes winner Poetic Flare step up in trip for the first time. He was beaten a short-head in the Irish Guineas and has recently finished second at Goodwood and Deauville. He could not repel the classy Palace Pier in France but was only beaten a neck. His stamina is an unknown factor, but his style of racing gives him every chance of lasting home.

The small but select field is completed by Patrick Sarsfield, a five-year-old gelding trained by Joseph O’Brien. He has won four of his twelve starts and was last seen finishing second to Juan Elcano at Royal Ascot in June. He has been placed at Group 1 level in Germany but looks outclassed by this three rivals on all known form.

None of the four runners are obvious pace-setters here, so it may be left to Declan McDonagh on Patrick Sarsfield to take them along. Of the three market leaders, Tarnawa is likely to be most inconvenienced if they dawdle as she is a proven mile and a half performer. A fascinating tactical race looks assured with preference just going to St Mark’s Basilica on this occasion.

The Irish Champion Stakes is due off at 2.45 at Leopardstown on Saturday 11th September and will be screened live on RTE2.