The big race at Haydock Park on Saturday is the £275,000 Group 1 Sprint Cup over six furlongs. The race was promoted to Group 1 status in 1988 and has been one of the most important sprint races in the calendar ever since. The race was originally open to two-year-olds with the inaugural winner Be Friendly in 1966 going on to repeat his victory at the age of three. He remains the only dual winner while other notable names on the roll of honour include Moorestyle (1980), Dayjur (1990), Sheikh Albadou (1992) and Gordon Lord Byron (2013). Last year’s renewal was won by Dream Of Dreams, trained by Sir Michael Stoute and ridden by Oisin Murphy. 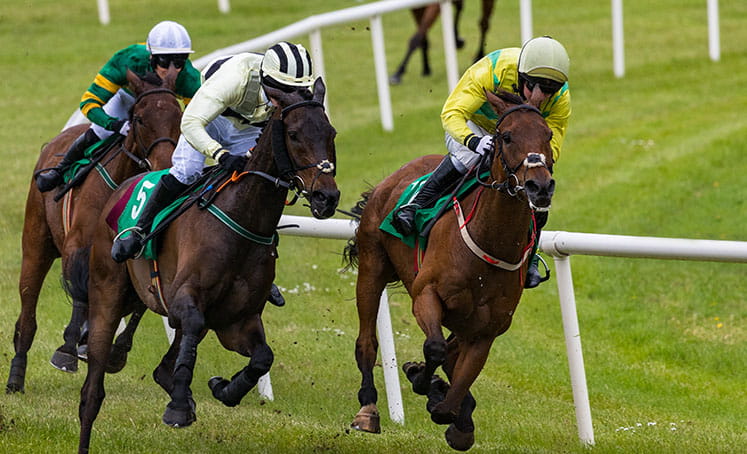 Starman favoured by conditions at Haydock

The short-priced favourite is Starman, trained by Ed Walker and ridden by Tom Marquand. The four-year-old was a brilliant winner of the July Cup at Newmarket, confirming the promise of his smooth success in the Duke of York Stakes in May. He then travelled to France where the going was soft and he faded in the final 150 yards to finish third to Marianafoot.

Walker had withdrawn Starman from Royal Ascot owing to the soft ground and he must have been anxious when conditions turned against him at Deauville. Archie Watson’s Glen Shiel faded into tenth after setting the early pace. Providing the ground does not deteriorate significantly at Haydock, Starman is fancied to stake his claim as Europe’s Champion Sprinter.

His main market rival is Creative Force, a three-year-old gelding by Dubawi trained by Charlie Appleby. He started the season on a handicap mark of 89 and won a couple of races at Newmarket before taking a listed race impressive at Newbury. He tackled seven furlongs for the first time in the Group 3 Jersey Stakes at Royal Ascot, beating Naval Crown by a length and a quarter.

Appleby dropped Creative Force back to six furlongs for the July Cup where he eventually finished 2 lengths behind Starman in fifth. The admirably consistent gelding then finished a neck second to Kinross in the seven furlong Lennox Stakes at Goodwood. He seems to handle any ground and will be ridden by William Buick.

Art Power bids to bounce back from Goodwood defeat

Tim Easterby saddles Art Power, a four-year-old colt by Dark Angel and the winner of four of his twelve starts. He finished third to Dream of Dreams at Royal Ascot and fourth to Starman in the July Cup. He also finished fourth in the corresponding race 12 months’ ago. The grey was fancied for the five furlongs King George Stakes at Goodwood but finished a lacklustre eighth behind Suesa.

Glen Shiel famously won the British Champions Sprint at Ascot in October when holding Brando by a nose. He had previously finished runner-up in this race. The going was soft on both occasions, as it was when he chased home Dream Of Dreams in this season’s Diamond Jubilee Stakes. He was a creditable sixth in the July Cup but only tenth at Deauville when conditions ought to have been in his favour.

Richard Hannon’s Happy Romance was a smart juvenile but disappointed on her return to action at Newbury in April. She was well beaten at Royal Ascot but finished a close third at Sandown before winning the Group 3 Hackwood Stakes at Newbury. The filly was at her best in the Autumn last year and could have place claims. Garrus gained his reward for consistency when winning a Group 3 at Deauville last Sunday. He was not beaten far at Royal Ascot or Newmarket in Grade 1 races and makes a quick reappearance.

The Haydock Sprint Cup is due off at 3.30 on Saturday and will be televised live on ITV.