The big betting race at York on Saturday is the £500,000 Ebor Handicap over a mile and three-quarters. It is Europe’s richest flat race handicap and is open to four-year-olds and upwards. The Ebor has a rich history dating back to 1843, and prize money reached a record £1million in 2019. This was reduced when cuts were introduced following the cessation of racing during the pandemic. 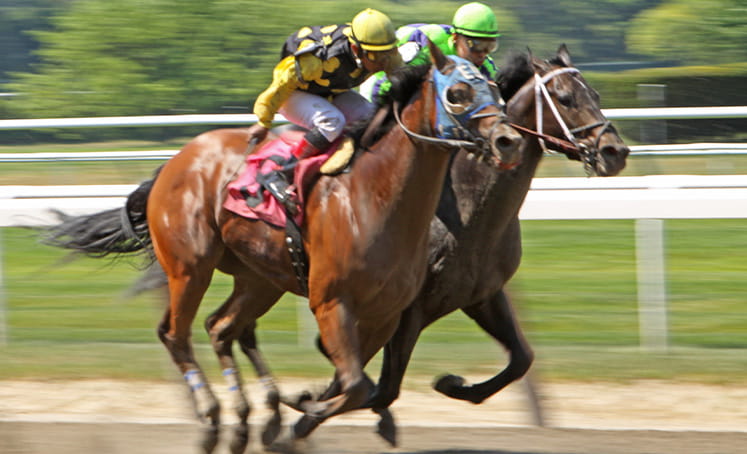 Live Your Dream The Early Favourite For Ebor

Saeed bin Suroor trains the ante-post favourite Live Your Dream for Godolphin, a four-year-old gelding by Iffraaq. He has won three of his four starts this season including last time out in a valuable handicap at Newmarket. He was confidently ridden by Oisin Murphy, sweeping through the field to beat Global Storm by three-quarters of a length. The handicapper has raised him 7lbs for that success, and he will be ridden by Pat Cosgrave.

Global Storm races in the same colours and is trained by Charlie Appleby. He is 3lbs better off with the winner and was following up a good run at Royal Ascot behind Amtiyaz. The son of Night Of Thunder goes on any ground, and William Buick takes the reins.

Sonnyboyliston represents the stable of Johnny Murtagh and drops in class after competing in listed and group races. He won at Limerick in June before finishing a modest sixth behind Hukum at York in the John Smith’s Silver Cup. He is 9lbs higher in the weights when he last won a handicap at the Curragh.

Hamish is the dark horse of the race, not seen in action since finishing fourth at Royal Ascot over a year ago. The gelding has very few miles on the clock and was only a neck behind Trueshan at Newbury in October 2019 off level weights. He is also a course and distance winner but is now 10lbs higher and the big lay-off has to be a concern.

Last year’s winner Fujaira Prince is now 6lbs higher and will race off 10 stone. He finished second in the Irish St Leger in September, third in the British Champion Stayers, and was third on his seasonal debut behind Hukum last month.

Dane O’Neill rides Away He Goes who chased home Trueshan in the Goodwood Cup last time. He also ran in Hukum’s race here in July when finishing fifth. The gelding travels smoothly in his races but has plenty of weight on his back with 9st 11lbs.

John and Thady Gosden lifted Wednesday’s big prize here with Mishriff and rely on Humanitarian. He finished seventh in the 2019 Epsom Derby and overcame a lengthy absence to beat Dubai Future at Newbury in September 2020. He has presumably had his training problems as this will be his first run since.

Willie Mullins had multiple entries for this, but only Mt Leinster has made the cut. He is difficult to assess, having been placed in a Grade 1 over hurdles and was last seen winning the Amateurs Derby at the Curragh in October. Shanroe won a Curragh handicap in June after a poor run in the valuable Swinton Hurdle at Haydock the previous month. Ilaraab won six consecutive races before struggling in a Group 2 at Royal Ascot. His overall form suggests that he would like a bit of cut in the ground, and he is up 9lbs on his latest handicap success.

The Ebor Handicap is due off at 3.35 at York on Saturday 21st August and will be televised live on ITV.