The feature race at Newmarket on Saturday is the Group 3 Criterion Stakes for three-year-olds and upwards over seven furlongs. The race has been won by some top-class horses, including Cadeaux Genereux (1988), Zilzal (1989) and Inchinor (1993). Last year, Limato became the second dual winner of the race when following up his 2019 victory for Trainer Henry Candy. Libranno also recorded successive victories for Richard Hannon Senior in 2011 and 2012. 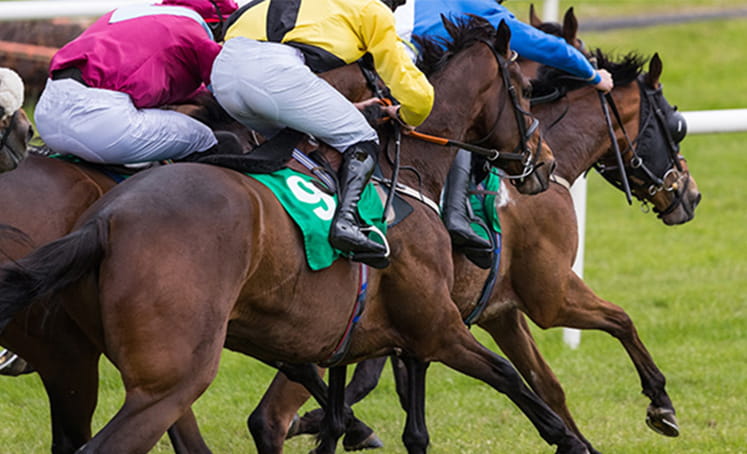 The ante-post favourite is Kinross, the winner of the Group 3 John Of Gaunt Stakes over this trip at Haydock last month. He led inside the two-furlong marker before readily holding Njord and Glorious Journey. Kinross had been a very highly rated juvenile and finished sixth in the 2000 Guineas last year. He has not quite lived up to that form since and was gelded in March.

Glorious Journey took a keen hold at Haydock on his first run since returning from Dubai. He ran to a high level when fourth to Space Blues in February, and the son of Dubawi is a consistent performer in this grade.

William Haggas saddles With Thanks, a disappointing seventh to Kinross at Haydock. The four-year-old filly had looked like a horse to follow when routing a decent field in a Group 3 at Naas in November. All her best form has been in heavy ground, but there is no reason why she won’t act on a faster surface. She raced far too keenly at Haydock and is capable of much better with that run under her belt.

Duke Of Hazzard has not won since August 2019 but has been showing signs of a return to form since having wind surgery in January. He was hampered at Epsom on his penultimate start and started favourite for a 4-runner affair at York next time. He was unable to get any cover, with Azano going clear at a furious pace before being reeled in by Space Traveller. Duke Of Hazzard nearly got up for second, but he looks a difficult ride.

Royal Crusade Back Up In Trip For Godolphin

Motakhayyel won at Royal Ascot last season before winning the valuable Bunbury Cup. He ran poorly next time in a Group 3 at Salisbury and is yet to recapture his best form. He was not beaten that far in the Victoria Cup at Ascot under a big weight, and it may be too soon to write him off.

Lord Of The Lodge has been running consistently on the all-weather for Karl Burke and made a pleasing return to turf at Leopardstown recently. He was beaten half a length by Real Appeal in the Group 3 Ballycorus Stakes after setting a decent pace. The son of Dandy Man likes to force the pace and looks the most likely to go on from stall 3.

Tinker Toy has won three of his four races under rules for Roger Varian. He just collared Thibaan on the line at Newcastle over a mile last month after a 283-day absence. He needed every yard that day, so the drop back in trip may not be in his favour.

Godolphin horses returning from Dubai are difficult to predict, as illustrated by their Hunt Cup success at Royal Ascot last week. Their representative here is Royal Crusade, last seen finishing a close seventh to Extravagant Kid at Meydan over six furlongs. He has not raced over seven furlongs since his two-year-old season. He was runner-up in the Champagne Stakes over this trip so could benefit from the step back up in trip.

The Criterion Stakes is due off at 3.15 at Newmarket on Saturday 26th June and will be televised live on ITV.