The 2.25 race at Sandown Park on Saturday is the £75,000 Coral Challenge Handicap over a mile. Despite the competitive nature of the race, well-backed horses have a good recent record with favourites winning the last three renewals. William Haggas has been successful for the past two seasons with Mojito and Montatham. Other notable previous winners include Trade Commissioner (2012) and Basem (2015). 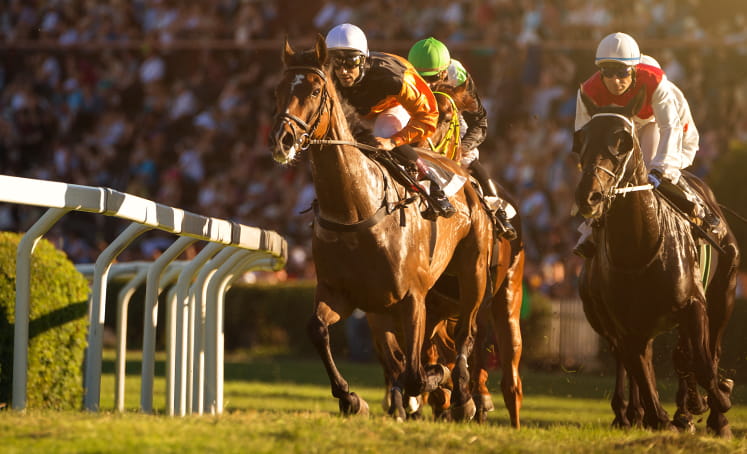 Montatham was hot favourite last season when holding off the late challenge of Dark Vision by a short-head. The pair had met previously in the Royal Hunt Cup with Montatham reversing Ascot form on more favourable terms. He followed up in a very hot renewal of the Clipper Logistics Handicap at York before finishing second in a Listed race here in September.

Haggas chose the Doncaster Mile for the grey’s return to action and he finished a respectable third to Top Rank after racing keenly. He is 9lbs higher than 12 months’ ago but his form justifies the increase and he will carry top weight. Haggas has booked 5lbs claimer Adam Farragher to reduce the burden.

Acquitted is prominent in the betting for Trainer Hugo Palmer, a beaten favourite on his last two outings. He ran a fine race at Doncaster in March on his first start since being gelded, being beaten a neck in the Spring Mile. He finished ninth at Ascot in the Victoria Cup and was fitted with blinkers at Chelmsford last time. He was hampered that day and ran on to take second behind Jumaira Bay.

Frankie Dettori partners Magical Morning for John and Thady Gosden, a four-year-old gelding by Muhaarar. He ran an encouraging race in the Hunt Cup at Royal Ascot, leading the near side group a furlong out before fading to finish eighth. That was his first run for 277 days so improvement is anticipated.

Ransom Sneaks In With Light Weight At Sandown

Sir Michael Stoute’s runners in handicaps are always worth a look and he relies on the four-year-old Ransom. He has only four previous racecourse appearances and three of them were on the all-weather. His first run on turf was over course and distance in May when third to Dashing Roger. He races off the same handicap mark on Saturday with David Egan in the saddle.

Pythagoras drops back in trip after finishing down the field over ten furlongs in soft ground at Royal Ascot. He had previously finished sixth to subsequent Irish Derby winner Hurricane Lane in the Dante Stakes at York. His recent form certainly suggests that he will be more of a force over a mile and he was a Listed race winner as a juvenile.

Trais Fluors won over course and distance for Mick Channon last month and was not disgraced off an 8lbs higher mark at Ascot. He was blocked in his run on several occasions after being slowly away. Beat Le Bon will also have his supporters after finishing fifth in the Hunt Cup, second in the far side group behind runaway winner Real World. He is another with each-way claims in a typically wide-open renewal.

Bedouin Story returned from his winter campaign in Dubai with a poor effort at Royal Ascot over seven furlongs. He was slowly away and never featured but would have a chance on his Ascot run last October behind Kynren.

The Coral Challenge Handicap is due off at 2.25 at Sandown Park on Saturday 3rd July and will be televised live on ITV.