The big betting race at Newmarket on Saturday is the £250,000 Cesarewitch Handicap over two and a quarter miles. This is one of the top staying handicap races of the season and has been dominated by National Hunt trainers in recent seasons, more specifically by Willie Mullins. He added his name to the likes of Nicky Henderson, Philip Hobbs and Alan King on the roll of honour, all better known for the exploits over jumps. 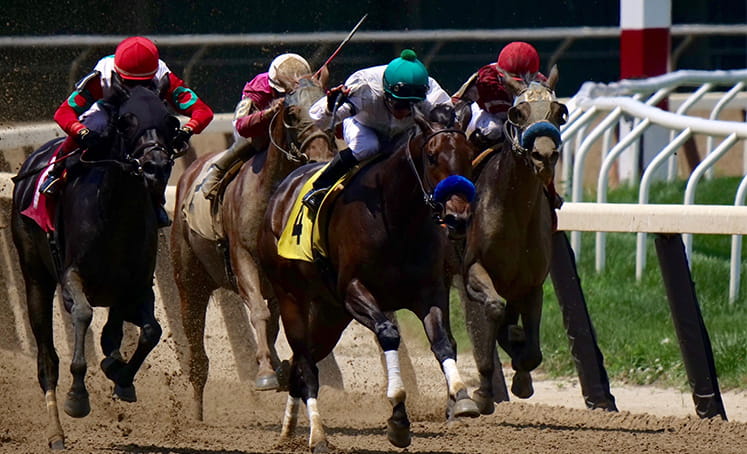 Mullins won it for the first time with Low Sun (2018) and now has a stranglehold on the race after the victories of Stratum (2019) and Great White Shark (2020). Not all of his winners were necessarily the stable first choice in a race which has produced long-priced winners such as Aaim to Prosper 66-1, Scatter Dice 66-1 and Grumeti 50-1 within the past nine seasons.

M C Muldoon appears to have been laid out for this race ever since finishing second in the Ascot Stakes in June. He started a well-backed 11-2 shot that day despite having not raced on the flat since 2018. He may even have caught Reshoun but for meeting interference when Ryan Moore launched his challenge. That was off a handicap rating of 96, and he has been kept ticking over since with a relatively comfortable victory over hurdles at Galway. He is only 4lbs higher than at Ascot, with Moore again booked for the ride.

Great White Shark landed a gamble last year for the Mullins stable but was not able to reproduce the same level of form over hurdles. The grey mare won by three lengths off a mark of 86 and now attempts to repeat her victory off a 10lbs higher mark. Her hurdles form does not offer any encouragement.

Mullins also has 2020 Triumph Hurdle winner Burning Victory in contention, a handicap winner in France in August. The mare profited from the last flight exit of Goshen at Cheltenham and will be partnered by William Buick. The Mullins challenge is completed by Micro Manage, Whiskey Sour and Foveros.

The latter is arguably the most interesting, beaten only three-quarters of a length by Coltor in a valuable Galway Handicap in July. He had been a wide margin winner at the Curragh on his previous start in testing conditions and almost defied a 17lbs hike in the weights.

Calling The Wind has put together a good sequence of runs in competitive events at Royal Ascot, Goodwood and Newbury. He ran well above his official rating when second to Stratum at the Royal meeting and duly obliged at Goodwood next time. He then ran a fine race over a mile and a half at Newbury when unlucky not to catch Makram. That trip was short of his best, and he races off the same mark on Saturday.

Buzz is an interesting runner from the Nicky Henderson stable. The seven-year-old was formerly with Hughie Morrison and won a decent Newbury prize in 2018 when rated 93. He is only 3lbs higher and has shown some high-class hurdles form since notably when finishing second to Not So Sleepy under a big weight at Ascot in December. He was also a fine fifth in the Betfair Hurdle and runner-up to Abacadabras at Aintree, and the booking of Oisin Murphy catches the eye.

Godolphin claimed the Cambridgeshire with a 40-1 outsider and bid for the Autumn Double here with Live Your Dream. He gained his biggest success when beating Global Storm at Newmarket in July but was a beaten favourite off a 7lbs higher mark at the same course in August. He then chased home Turnpike Trip in the Cesarewitch Trial when carrying 9st 10lbs. He will be ridden by 5lbs claimer Adam Farragher this weekend to reduce the burden.

Graham Lee partners Elysian Flame, third to Calling The Wind at Goodwood in July and not seen since. He also enters calculations after finishing close-up behind Reshoun and M C Muldoon at Royal Ascot. Other familiar names include 2017 winner Withhold and recent Ascot winner Rajinsky in a typically wide-open renewal.

The Cesarewitch Handicap is due off at 3.35 at Newmarket on Saturday 9th October and will be televised live on ITV.