The highlight of Saturday’s top-quality Ascot card is the £1.2million Group 1 Qipco Champion Stakes over ten furlongs. The race was formerly run at Newmarket but was transferred to Ascot in 2011 as the centre-piece of British Champions Day. It was the richest horserace staged in the Britain that year, with victory going to the French-trained Cirrus des Aigles. 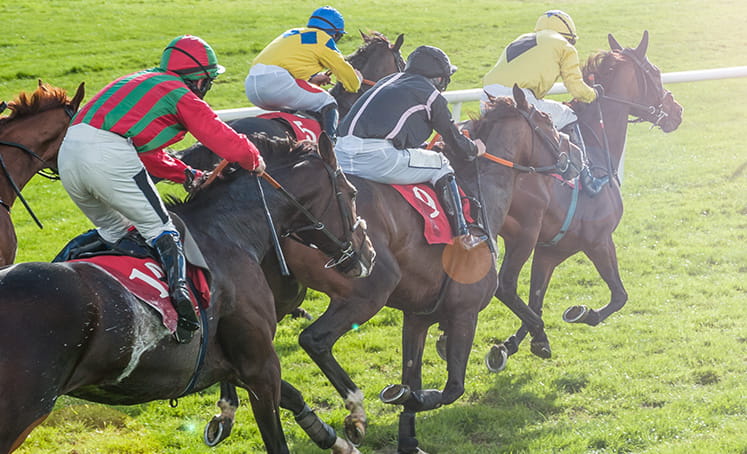 The following year it was the scene of Frankel’s swansong, ending his career unbeaten in 14 races after defeating the reigning champion. Cracksman won the race in 2017 and 2018 for John Gosden and Frankie Dettori, while last year’s renewal was won by Addeybb.

John and Thady Gosden saddle the favourite here in Mishriff, an impressive six lengths winner of the International Stakes at York. The four-year-old son of Make Believe had previously reserved his best performances for abroad, notably the Sheema Classic in Dubai in March. He was outstayed by Derby winner Adayar in the King George over a mile and a half here in July.

If there is a question mark about Mishriff, it is probably his mystifyingly poor run here 12 months’ ago. He faded tamely to be well beaten behind Addeybb on soft ground, a surface that he had previously handled impressively in France.

Adayar is a surprise declaration so soon after his gallant defeat in the Prix de l’Arc de Triomphe. Historically, horses that ran in the Arc are usually put away for the season or contest the Breeders’ Cup in November. This seems a very quick turnaround for the Derby winner and over a trip that looks on the sharp side.

Addeybb commands respect as the reigning champion, and his chances increase with every drop of rain that falls. Not that he is one-dimensional by any means, as his winning form in Australia on much faster grounds illustrates.

However, he handles cut in the ground better than most and always looked the winner here 12 months’ ago. Last time out, he divided St Mark’s Basilica and Mishriff in the 3-runner Coral Eclipse at Sandown.

I don’t imagine that William Haggas ever imagined he would be in a position to saddle three runners in the Champion Stakes, but that is the scenario this weekend. Addeybb will be joined by Dubai Honour and Al Aasy. Dubai Honour booked his place by winning the Prix Dollar at Longchamp in very soft ground. He has been very progressive since winning a Newmarket handicap off a mark of 93 in the summer.

Al Aasy has looked a mile and a half horse all season and was beaten at odds-on at Newbury last month. That was his first run since being gelded in July, but it would be a surprise if he was quick enough to trouble the market leaders.

France is represented by Sealiway, an excellent fifth in the Arc. He was asked to make up a lot of ground in very deep ground, so it was a commendable effort, particularly on his first attempt at the trip. He cannot be dismissed back over ten furlongs, but there are similar concerns as with Adayar about the proximity of this race to the Arc.

Only the plus side, he has had a relatively light campaign and has the assistance of Mickael Barzalona in the saddle.

The Champion Stakes is due off at 3.50 at Ascot on Saturday 16th October and will be televised live on ITV.