The highlight of Saturday’s Windsor card is the Group 3 Winter Hill Stakes for three-year-olds and upwards over ten furlongs. Saeed bin Suroor has a great record in this race with eight winners including three successive victories for Annus Mirabilis (1996, 1997, 1998). Other high class winners include Naheef (2002) and Al Kazeem (2014) while last year’s renewal was won by Desert Encounter. 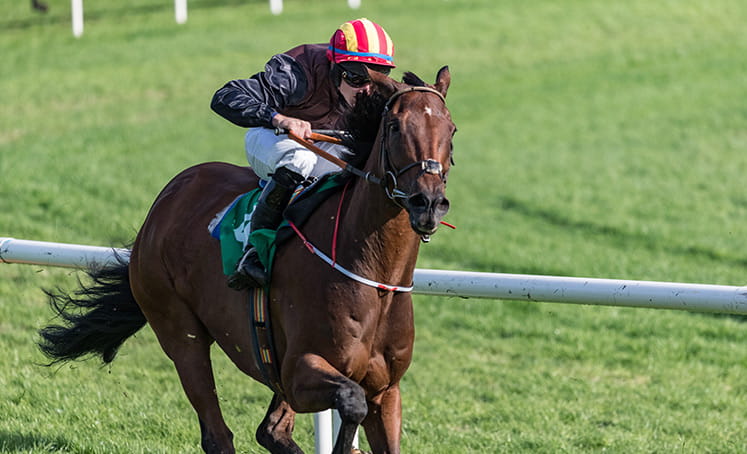 Andrew Balding saddles the favourite here in Fox Chairman, a four-year-old colt by Kingman out of a Galileo mare. He is still lightly-raced with two wins from seven starts. After finishing second in the Group 3 Hampton Court Stakes at Royal Ascot last year he won a listed race at Newbury in soft ground.

Balding started Fox Chairman off in the Queen Anne Stakes over a mile which was on the sharp side. He then finished a close third over this trip at Sandown before finishing second to Aspetar in the Group 2 Sky Bet York Stakes. He seems to act on any going and this looks a good opportunity to return to winning ways.

Extra Elusive is carrying a 3lbs penalty for his recent victory over Certain Lad at Haydock. The runner-up gave the form a boost when winning the Group 3 Strensall Stakes at York last week. Hollie Doyle gave him a confident ride at Haydock, quickening up from two furlongs out to win by two and a

Sinjaari steps up from handicap company for trainer William Haggas. He overcame a 281-day absence to win the John Smith’s Cup at York last month. He beat Certain Lad by a length on his first start since being gelded to earn a career-high rating of 103. Sinjaari has been defeated on all three previous starts when there was cut in the ground but all were over a mile and a half.

King Ottaker has undergone the same operation since a disappointing effort at Royal Ascot. He has yet to live up to the promise of his early three-year-old form and will race in a visor for the first time at Windsor. Sky Defender has run well in several competitive handicaps for Mark Johnston this season and likes to race up with the pace. He made all the running to win at Epsom on Derby day and has since finished runner-up at Goodwood and York. He looks certain to set the pace here under Franny Norton.

Tinandali represents the David O’Meara stable and Jamie Spencer has been booked for the ride. He has followed a very similar campaign to Sky Defender and was two and a half lengths behind him at Epsom. He was still behind that rival at Goodwood but had difficulty obtaining a run and it would be no surprise to see him reverse the placings on Saturday.

The Winter Hill Stakes is due off at 3.15 at Windsor on Saturday 29th August and will be televised live on ITV.