The feature race at Warwick on Saturday is the £50,000 Classic Handicap Chase of three and three-quarter miles. The race is regarded as a Grand National trial with One For Arthur winning both races in 2017. Other notable winners include Moorcroft Boy (1994), West End Rocker (2011) and Shotgun Paddy (2014). Last year’s race was won by Kimberlite Candy, trained by Tom Lacey and ridden by Richie McLernon. 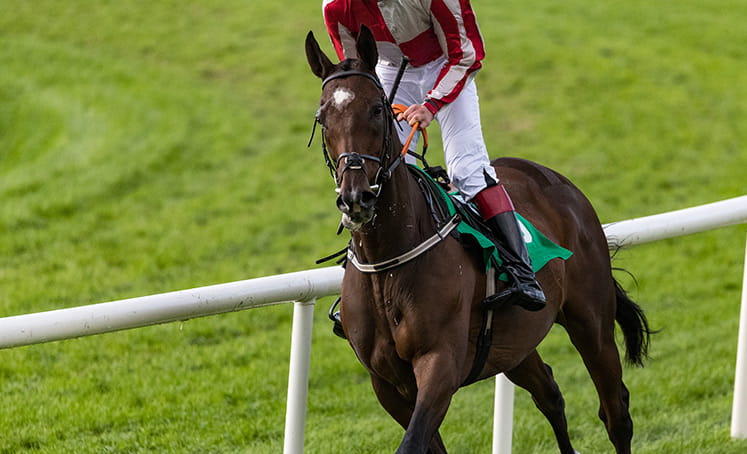 Bookmakers have chalked up Alan King’s Notachance as the ante-post favourite. The seven-year-old gained his second victory over fences when beating Captain Tommy at Bangor-on-Dee in November. That was over three miles, and he is unproven beyond that distance and faces a 7lbs rise in the weights.

Captain Chaos made a bold bid to make all the running in this race last year but had to settle for second place behind Kimberlite Candy. He gained handsome consolation next time in the Grimthorpe Handicap Chase at Doncaster. The ten-year-old started the new season 8lbs higher in the handicap and has struggled on all three appearances. Kerry Lee won this race with Russe Blanc in 2016 and has an interesting contender this year in Storm Control. He has recorded back-to-back victories at Cheltenham, most recently fending off Potters Legend and Court Maid over three and a quarter miles. He has been raised 5lbs for that game success and is likely to race up with the pace.

Le Breuil has been on many peoples short list for a big staying handicap ever since landing the National Hunt Chase at the 2019 Cheltenham Festival. He hasn’t managed to live up to those expectations so far, finishing a well-beaten fifth here 12 months’ ago and almost 30 lengths behind Vieux Lion Rouge at Aintree in December. Connections decided to try wind surgery, and this will be his first race since.

Walk In The Mill took an uncharacteristic fall at Aintree last time when attempting to win the Becher Chase for the third successive season. He was also fourth in the 2019 Grand National and will be looking to state his case for the 2021 renewal. Trainer Robert Walford has decided to run the eleven-year-old in blinkers for the first time. Oliver Greenall’s Late Romantic was pulled up at Carlisle in November but bounced back to win at Haydock next time. That was over an extended three miles and one furlong on heavy ground. He has been raised 5lbs. Top weight Ballyoptic has shown nothing in two starts this season and is conceding over a stone to each of his rivals bar Walk In The Mill.

Achille ran well at Cheltenham in November 2019 behind West Approach but has not raced since. Venetia Williams has presumably had training problems with the eleven-year-old. Stable companion Didero Vallis was surprisingly made favourite for the Grand Sefton at Aintree last month but finished a remote eighth. He is yet to be tested over a marathon trip such as this. The Hollow Ginge unseated his rider at the thirteenth fence in the Welsh National last weekend and may find this race coming too soon.

The Warwick Classic Chase will take place at 3.00 on Saturday 16th January and will be televised live on ITV4.