The most valuable race on the card at Cheltenham on Saturday is the £112,000 Unibet International Hurdle at 3.00. This two-mile contest is a recognised trial for the Champion Hurdle, although the last horse to win both races in the same season was Rooster Booster (2002). Three horses have won this race on three occasions, the most recent being The New One (2013, 2014 and 2016). Nicky Henderson has trained a record six winners of the race, including last season with Call Me Lord. 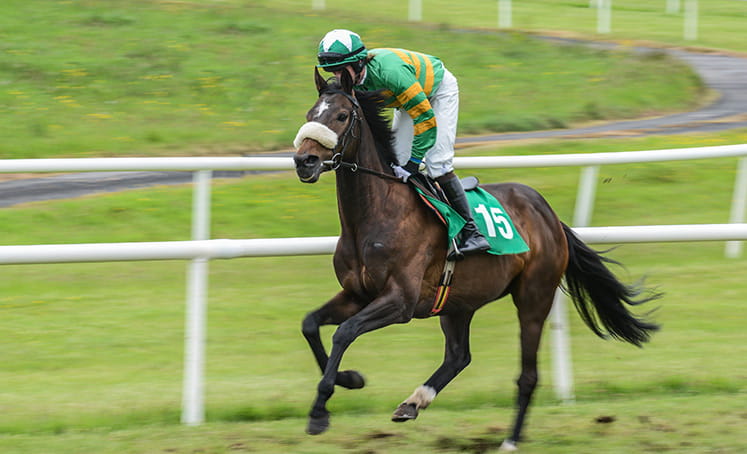 Gary Moore believes he has a live Champion Hurdle contender in Goshen, a four-year-old son of Authorized. He was a wide margin winner of his first three starts over hurdles last season but unseated his rider at the final flight with the Triumph Hurdle at his mercy. He has had a couple of runs on the flat, although it was disappointing to see him beaten off a very lenient handicap mark. Now back over hurdles, this will be the acid test as far as his Champion Hurdle claims are concerned.

Call Me Lord will attempt to repeat last season’s victory but needs to improve on his recent run behind Song For Someone at Ascot. He was beaten five lengths by that rival over two and a half miles, and it will be interesting to see the re-match over this shorter trip. Last year he beat Ballyandy and Ch’tibello with the first six horses covered by a little over five lengths.

Song For Someone can set the pace or tuck in behind but is likely to race prominently at this trip. He was outpaced briefly at Kempton in February before rallying strongly to beat Diego Du Charmil. That form would not be good enough here, but he goes on any ground and has solid each-way claims.

Ballyandy is difficult to knock, a tough and consistent handicapper trained by Nigel Twiston-Davies. He is holding his form remarkably well at the age of nine and ran right up to his best when second to The Shunter (conceding 26lbs) in the Greatwood Hurdle. That race was run in desperate ground and could have left its mark. He had previously chased home Sceau Royal in the Welsh Champion Hurdle at Ffos Las.

The Evan Williams stable is flying at present and will rely on stable stalwart Silver Streak. The grey has some top class form in the book, notably third in the 2019 Champion Hurdle and runner-up to Epatante in the 2019 Christmas Hurdle. He comfortably beat Verdana Blue at Kempton in October but was carried out by a loose horse in the Fighting Fifth Hurdle at Newcastle last time. He has been beaten in all four starts over hurdles at Cheltenham but is joint top rated here along with Sceau Royal.

Alan King delayed a decision on the participation of Sceau Royal until Thursday. He was a little concerned that this race may come a bit too soon after the gelding chased home Epatante at Newcastle. That was a decent effort, but he couldn’t get the Champion off the bridle, even on his favoured good ground.

Ch’tibello is another tough campaigner and showed his well-being when second to Summerville Boy at Aintree last month. That was over two and a half miles which may be his ideal trip these days. He was beaten less than a length by Song For Someone at Kempton in February and now enjoys a significant pull in the weights. Verdana Blue has long been regarded as a top-of-the-ground mare, but she ran two fine races in the soft on the flat this summer. She was second in the Ascot Stakes and third in the Ebor Handicap. Subsequent defeats over hurdles at Kempton and Wetherby were slightly disappointing.

The Unibet International Hurdle is due off at 3.00 at Cheltenham on Saturday 12th December and will be televised live on ITV4.