The final English Classic of the season takes place at Doncaster on Saturday with the St Leger over a mile and three-quarters. The St Leger is the oldest of the five Classic races and is the final leg of the Triple Crown after the 2000 Guineas and the Derby. The trend towards speed in the modern era has reduced the appeal of the St Leger to the breeding industry and it is now more readily associated with future Gold Cup horses. 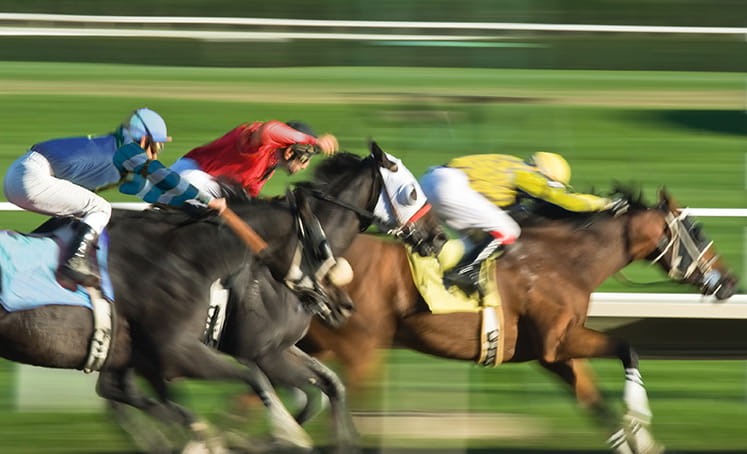 Aidan O’Brien has been the most successful trainer in the race in recent years, Kew Gardens providing him with a sixth victory in 2018. His challenge this year is led by Irish Derby winner Santiago, a colt by Authorized out of a Cape Cross mare.

Santiago was a smooth winner of the Queen’s Vase at Ascot over this trip on soft ground in June. He then held off stable companion Tiger Moth by a head in the Curragh Classic before stepping up to two miles for the Goodwood Cup. It was an unusual target for an Irish Derby winner and he never really settled. Ryan Moore tried to launch a challenge at the two furlong marker but he could only stay on at one pace in third behind Stradivarius.

Dawn Patrol finished over 5 lengths behind Santiago at the Curragh and won his maiden over ten furlongs at Naas. He then started odds-on for a listed race at the distance at Leopardstown but finished only third to Pista in a slowly-run affair. Mythical completes the O’Brien trio, placed at Group 1 level as a two-year-old but still to recapture that level of form. There were encouraging signs in his unlucky third to Nickajack Cave at Leopardstown, although fourth-placed Pondus was a bitter disappointment in the Ebor on his next start. Joseph O’Brien will be trying to deny his father a seventh St Leger victory when he saddles Galileo Chrome. The son of Australia won a maiden at the Curragh narrowly in June and has since won easily at Leopardstown and Navan. His most recent victory was over a similar trip in soft ground in a listed race and he now takes a big step up in class.

William Muir takes on the Ballydoyle team with bargain-basement purchase Pyledriver. He cost only 10,000 guineas as a foal but emerged as a serious St Leger contender when storming clear in the Great Voltigeur Stakes at York. He had earned a tilt at the Derby by winning the Group 2 King Edward VII Stakes at Royal Ascot but finished down the field at Epsom. He bounced back to give weight and a beating to some decent colts at York and holds fourth-placed Berkshire Rocco on that evidence.

Jim Crowley has enjoyed a marvellous season as the retained rider of Hamdan Al Maktoum and bids to cap it off with a Classic success. He partners the improving Hukum, a handicap winner at Royal Ascot who followed up in the Group 3 Geoffrey Freer Stakes at Newbury. He comfortably beat Max Vega by two and a half lengths and represents the Owen Burrows stable. English King was all the rage for the Derby after a smooth success in the Lingfield Derby Trial in June. He ran well at Epsom to finish sixth but may have been feeling the effects of a rough race when only fourth to Mogul at Goodwood. Frankie Dettori reported that he felt very flat that day but he will have been freshened up by trainer Ed Walker. He is not guaranteed to stay on his pedigree, being out of a Zafonic mare who showed her best form at around a mile.

Mark Johnston’s Subjectivist won a sub-standard March Stakes at Goodwood by 15 lengths in soft ground. He had previously finished only seventh behind Pyledriver and meets the winner on 3lbs worse terms. Sunchart finished ahead of Dawn Patrol at Leopardstown but was never a factor in the Irish Derby. He has a lot to do to reverse the form with Santiago.

The St Leger Stakes is due off at 3.35 at Doncaster on Saturday 12th September and will be televised live on ITV.