The Grade 1 Scilly Isles Chase at Sandown could have a serious impact on the ante-post betting for the Cheltenham Festival. The two and a half mile race was won by subsequent three-time Gold Cup winner Best Mate in 2001. Nicky Henderson has won the race six times, notably with Oscar Whisky (2014) and Top Notch (2017). Other high class winners include Bristol de Mai (2016) and Defi Du Seuil (2019). Last year’s renewal was won by Itchy Feet, trained by Olly Murphy and ridden by Gavin Sheehan. 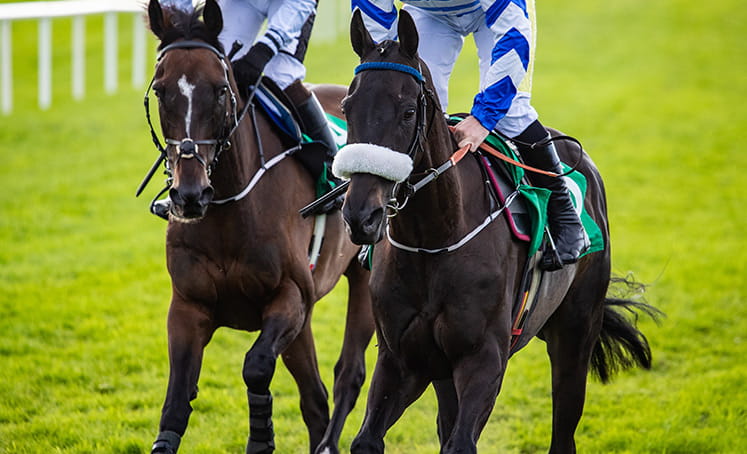 Shan Blue Drops Back In Trip For Scilly Isles Chase

Dan Skelton’s Shan Blue won the Kauto Star Novices’ Chase over three miles at Kempton on Boxing Day. That form makes him a leading candidate for the RSA Chase at Cheltenham over the same trip, and it is interesting that his trainer has decided to drop him back in trip. The son of Shantou is not short of pace, having won over this trip at Wetherby in October. The gelding has always been held in high regard by connections and finished sixth to Envoi Allen at Cheltenham last March.

Nicky Henderson is represented by Dame De Compagnie who was off the track for almost two seasons. The mare rewarded the patience of her connections by landing the valuable Coral Cup last season. She had won at the same track previously and started a heavily backed favourite at the festival. She arrives here after landing the odds in a two-horse novice chase at Ayr in heavy ground last month. That form is difficult to assess, but she jumped well once the pace quickened.

Alan King has declared that this is the big target for Messire Des Obeaux with no plans to run at the festival. The nine-year-old has also had major training problems, being absent for 1034 days between 2017 and 2020. He has always had a touch of class and followed a victory at Wincanton by winning the Grade 2 Dipper Novices’ Chase at Warwick. There were only three runners, but he cruised into the lead before drawing four and three-quarter lengths clear of Protektorat.

Paul Nicholls won this race for four successive seasons between 2006 and 2009 but has been out of luck since. He hopes to pick up the winning thread with Hitman, a five-year-old gelding by Falco. The French import won by 30 lengths on his chasing bow at Ffos Las before chasing home the smart Allmankind here in December. The winner is ear-marked for the Arkle Trophy so it was no disgrace to finish two and a half lengths behind.

Sporting John was made a shade of odds-on for his chasing debut at Exeter but faded tamely to finish third to Fiddlerontheroof. Philip Hobbs trains the six-year-old for JP McManus and he looks destined for better things, judged on his win in a valuable hurdle at Ascot last season. He probably needed the run at Exeter, although you would have liked to have seen him finish a lot closer.

Paint The Dream put up a bold display of jumping to beat Dickie Diver at Newbury in December. He had been well beaten behind Protektorat on his previous outing so looks held by Messire Des Obeaux on form. Up The Straight completes the line-up but looks up against it in this grade, despite a fair effort behind Umbrigado at Fontwell last time.

The Scilly Isles Novices’ Chase is due off at 1.50pm at Sandown on Saturday 6th February and will be screened live on ITV4.