All eyes will be on Frankie Dettori and Enable at Longchamp on Sunday when the combination seek an unprecedented third win in the Prix de l’Arc de Triomphe. The Arc is one of the most prestigious races in the world and has been won by many of the greatest names in the sport. These include Sea Bird (1965), Mill Reef (1971), Alleged (1977 and 1978), Dancing Brave (1986) and Sea The Stars (2009).

Enable will carry the colours of Khalid Abdullah, joint leading owner in the history of the race with six victories. They include Rail Link (2006) who was trained by Andre Fabre, responsible for a record eight Arc wins. Dettori already has a record six Arc wins under his belt but none would mean to him that a third success for Enable on Sunday. 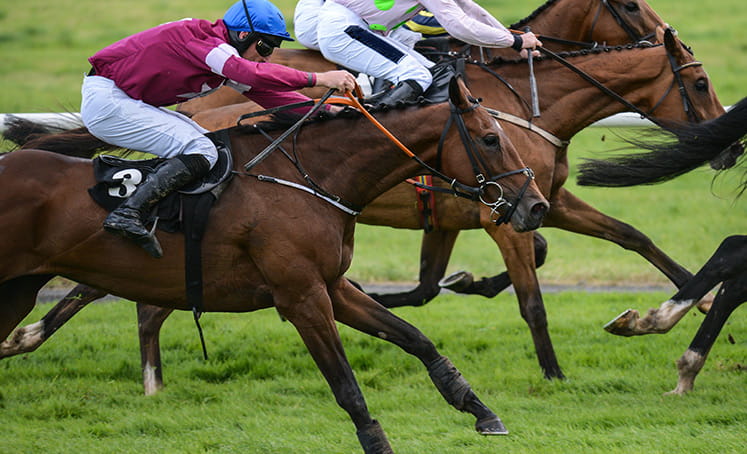 The forecast very soft ground at Longchamp has resulted in ante-post favourite Love being taken out on Thursday morning. The Epsom Oaks winner Love had drifted alarmingly from 6-4 favourite to as high as 4-1 with some bookmakers because all her best form has been shown on a faster surface. The daughter of Galileo has been beaten on all three previous starts when the going has been good to soft or yielding.

Enable has gone in the other direction in the betting and is now hot favourite. John Gosden’s six-year-old suffered a rare defeat on ground officially described as very soft here 12 months’ ago. Everything seemed to be going to plan when she hit the front but she had no answer to the late run of Waldgeist. Connections have sportingly kept her in training for another year and she has enjoyed a smooth preparation.

Beaten by Ghaiyyath over an inadequate ten furlongs in the Eclipse, she had a bit of a cakewalk in the King George before hardly having to raise a gallop in the September Stakes. It remains to be seen whether that lack of competition will prove costly and she also faces the threat of “old father time”. No horse older than five has won the Arc since the seven-year-old Motrico way back in 1930.

If France has a horse capable of upsetting the favourite it is probably Sottsass. Last year’s French Derby winner was around a 6-1 chance last year when finishing a respectable third, beaten three and a half lengths. There were no real excuses for him that day but he has been brought along steadily with this race in mind. He caught the eye when a close fourth to Magical and Ghaiyyath in the Irish Champion Stakes and now steps back up in trip.

Persian King was beaten in the French Derby last year and has been campaigned at a mile ever since. He is right up with the best milers in Europe and defeated Pinatubo here last month. He is by the miler Kingman out of a ten-furlong winning mare so his chances of staying a mile and a half in this ground look slim on paper.

John Gosden also has a second string to his bow in the three-time Ascot Gold Cup winner Stradivarius. He is going in the opposite direction to Persian King, although he has at least tested the water by finishing second over course and distance in the Prix Foy. His form on soft is far better than his naturally pessimistic trainer would have us believe and the faster they go the better his chances.

The horse likely to deliver that fast pace is shock Epsom Derby winner Serpentine. He started 25-1 at Epsom and the general view is that he stole the race. He did nothing to dispel that theory when a one-paced fourth to stable companion Mogul in the Grand Prix de Paris. He may have needed that race and it looks as though 2019 Irish Derby winner Sovereign is there to tow him through the early part of the race.

Raabihah was a close fourth in the French Oaks before winning easily at Deauville. She was well held by Tarnawa in the Prix Vermeille last time. Mogul produced a career-best in the Grand Prix de Paris when beating the strong finishing In Swoop. Japan was 9-1 last year when fourth to Waldgeist but has disappointed in his last two starts and is 20-1 this time around.

The Prix de l’Arc de Triomphe is due off at 3.05 on Sunday 4th October and will be televised live on ITV.