The Group 2 Mill Reef Stakes is the highlight of Saturday’s card at Newbury, a six furlong race for two-year-olds. It is named after the popular 1971 Epsom Derby and Prix de l’Arc de Triomphe winner. The inaugural running in 1972 was won by subsequent 2000 Guineas winner Mon Fils. In more recent years it has produced top sprinters Dark Angel (2007) and Harry Angel (2016). 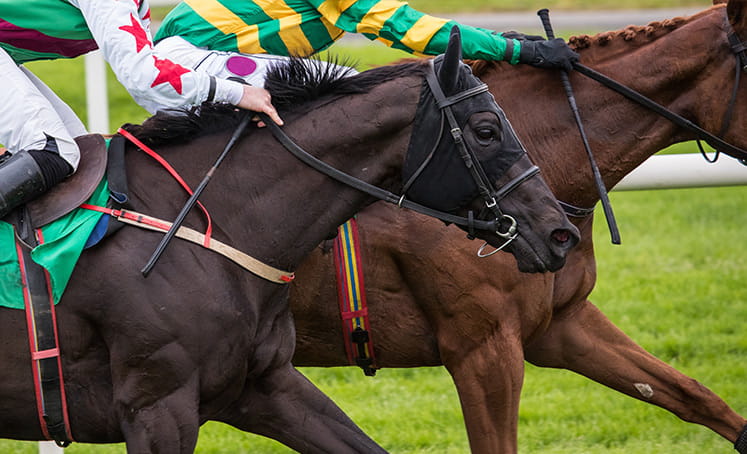 Trainer Richard Fahey won this race with Supplicant (2013) and the smart Ribchester (2015). He saddles the early market leader here in Rhythm Master, a son of 2007 winner Dark Angel. He made a winning debut at Haydock before finishing third to Campanelle in the Group 1 Prix Morny at Deauville. He was mixing it with three Royal Ascot winners that day so starts this race as the highest rated runner in the field. Connections have voiced concern about the drying ground for their promising colt.

His main market rival is Fivethousandtoone, representing the King Power Racing Company. They are involved with Leicester City and the horse is named after the betting odds for the club when they famously won the Premier League title. The son of Frankel finished a close second on his debut at Windsor before comfortably winning a Newcastle novice by four lengths.

Bahrain Pride held Fivethousandtoone by three-quarters of a length at Windsor but the runner-up had been slowly away. Simon and Ed Crisford’s Kodiac colt then won the listed Champion Two-year-old Trophy at Ripon. He travelled powerfully before drawing clear of Internationaldream to win decisively.

Rossa Ryan partners Devilwala for Archie Watson, a winner at Haydock before chasing home Minzaal in the Group 2 Gimcrack Stakes. The winner is on course for the Group 1 Middle Park Stakes at Newmarket later this month so the form looks useful.

Line Of Departure steps up in class at Newbury

Roger Varian saddles Line Of Departure, the winner of his last three races culminating in a valuable sales race at Doncaster. He was always travelling best that day and was value for more than his length and a quarter winning margin. He wandered around in the closing stages and looks well worth a try at this level. He had previously beaten Altaser who franked the form with a victory at the St Leger meeting.

Jim Crowley is aboard Alkumait in the Hamdan Al Maktoum colours for Marcus Tregoning. He showed promise on his debut here before landing some big bets in a Goodwood maiden. Runner-up Tawleed has won since at Leicester.

Mick Channon’s Cairn Gorm won his first three races including a Group 3 at Deauville. He had his limitations exposed when only eighth of nine behind Campanelle and looks held by third-placed Rhythm Master on that evidence. First Edition won a Sandown maiden by six lengths for Clive Cox. The Invincible Spirit colt made all the running over the stiff five furlongs and now goes up to six furlongs for the first time.

The Mill Reef Stakes is due off at 3.25 at Newbury on Saturday 19th September and will be televised live on ITV.