The feature race at Uttoxeter on Saturday is the Midlands Grand National over a gruelling four and a quarter miles. It is one of the longest races in the calendar and is usually run on soft or heavy ground. The race was first held in 1969, and no horse has ever managed to win the race twice. Trainer David Pipe won the race for four successive seasons between 2011 and 2014. The best horse to win here was Synchronized in 2010, who went on to win the Cheltenham Gold Cup two years’ later. 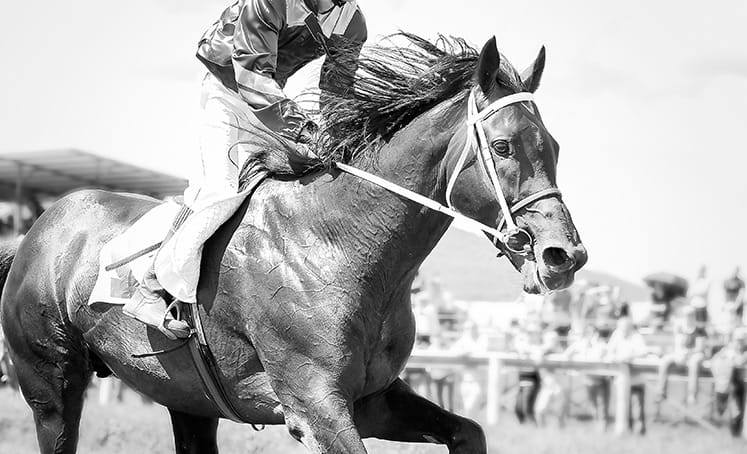 History is against Truckers Lodge, who was a wide margin winner of this race last year for Paul Nicholls. He had finished a close second in the Welsh Grand National on his previous start. The handicapper came down heavily on the nine-year-old, putting him up a stone. He was only seventh in this season’s Chepstow marathon and has only been dropped 2lbs.

Nicholls also saddles Highland Hunter, a grey gelding by Subtle Power. He will be having only his fourth race over fences with a win in a novice handicap to his credit at Carlisle. He was beaten off a 3lbs lower mark at Exeter on his latest start.

The ante-post favourite is Time To Get Up, trained by Jonjo O’Neill. He has a similar profile to Highland Hunter, winning a Wincanton handicap on only his third start over the larger obstacles. The son of Presenting left his previous form well behind by beating Shanty Alley by five lengths in heavy ground. He has gone up 8lbs but does not look overburdened on 10st 10lbs.

Achille is eleven years old but has very few miles on the clock with four wins in just 19 races over fences. Venetia Williams trains the son of Dom Alco who has run two excellent races this year. He was beaten half a length by the well-handicapped Notachance at Warwick. He then finished the same margin behind Lord Du Mesnil at Haydock with both races in soft ground. He has gone up 4lbs but would not be winning out of turn.

William Durkan sends Screaming Colours across the Irish Sea, a ten-year-old gelding by Dubai Destination. He has two wins from nine races over fences and has finished runner-up in his last three races. He won at Punchestown in November in heavy ground and was narrowly beaten over three and a half miles at the same track last month. He races off a 5lbs higher mark, with Conor Orr reducing that burden by 3lbs with his claim.

Coo Star Sivola has not won since scoring a famous victory under Lizzie Kelly at Cheltenham in 2018. He has gradually slipped down the weights as a result and hinted at a return to form at Sandown last time. He was runner-up to Deise Aba over three miles but is not guaranteed to last this marathon trip.

Captain Drake ran a great race in the Welsh National last time when fourth to Secret Reprieve at long odds. The Two Amigos finished ahead of him in second spot and has since finished third to Lord Du Mesnil. The Two Amigos is 4lbs better off with Achille from Haydock but has now had two gruelling races in succession.

Truckin Away got off the mark over fences when beating The Late Legend comfortably at Doncaster over three miles. He has gone up 10lbs for that success and enters unknown territory beyond three miles. Lucinda Russell is represented by Mighty Thunder, a 20 lengths winner at Musselburgh last month over an extended four miles. There are no stamina concerns for him, with only four of the eleven runners completing the course that day. He also faces a 10lbs rise in the weights.

The Midlands Grand National is due off at 3.35 at Uttoxeter on Saturday 20th March and will be televised live on ITV.