The feature race at Lingfield Park on Saturday is the £60,000 Derby Trial Stakes over a mile and a half. Nine horses have won this race before going on to win at Epsom including Slip Anchor (1985), Kahyasi (1988), High-Rise (1998) and Anthony Van Dyck (2019). Last year’s renewal was won by English King, trained by Ed Walker and ridden by Tom Marquand. 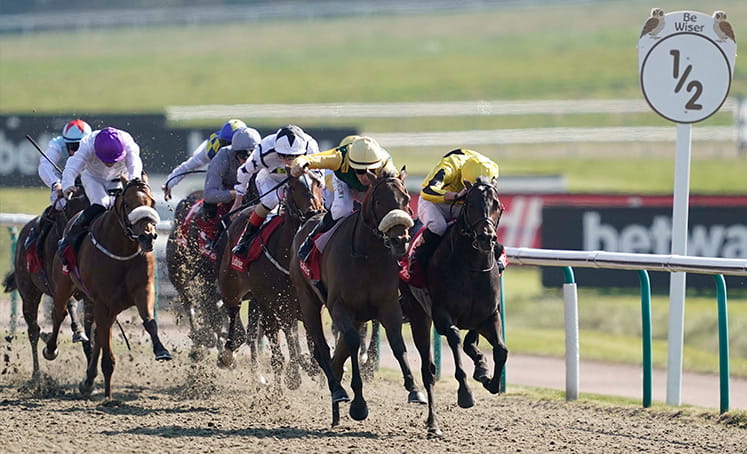 The early favourite is Adayar, a son of Frankel out of a Dubawi mare trained by Charlie Appleby. He won a Nottingham maiden by 9 lengths in October and reappeared in the Sandown Classic Trial. The colt was slowly away and lost a shoe so it was a fine effort to finish a close second to Alenquer. That was over ten furlongs and he looks certain to appreciate the extra distance here.

Aidan O’Brien’s Kyprios won in heavy ground as a two-year-old but was a well-beaten favourite in the Zetland Stakes at Newmarket. The son of Galileo reappeared at Cork when beating O’Reilly by half a length. The runner-up has a Royal Ascot entry and the third horse, Colour Sergeant, is a good yard-stick. He is currently a 20-1 shot for the Derby but O’Brien probably has two or three colts ahead of him for the Epsom Classic.

Carlisle Bay won at Tipperary on his racecourse debut before finishing a close third to Flying Visit at Leopardstown. He is not certain to stay a mile and a half on breeding with his sprint-bred dam having won over six furlongs.

Sean Levey partners Scope for Ralph Beckett, a colt by Teofilo out of one-mile winner Look So. Scope won in heavy ground on his debut at Newbury last October and finished a close second to Al Waqidi at Newmarket last month. He showed a tendency to hang to his right that day.

Third Realm steps up in class at Lingfield

Roger Varian saddles Third Realm, a colt by Derby winner Sea The Stars out of a ten-furlong winner mare by Mark Of Esteem. He ran green on his only start as a two-year-old but got off the mark at Nottingham in good style last month. This is a big step up in class for Third Realm but he does hold a Derby entry.

Etonian is a colt by Olympic Glory trained by Richard Hannon. He was an impressive winner of a Group 3 at Sandown last August but has had his limitations exposed since. It will be a major surprise if he can turn around the Trial form with Adayar.

Andrew Balding has made a bright start to the new turf season and is represented by Recovery Run. He is a son of Nathaniel out of a Pivotal mare and was tough and consistent as a juvenile, finishing in the first two on all six starts. He ran well below form in the Sandown Trial and has an enormous task to turn the form around with the favourite.

The Lingfield Derby Trial is due off at 2.50 on Saturday 8th May and will be televised live on ITV4.