The feature race at Newbury on Saturday is the Ladbrokes Trophy Chase over three and a quarter miles. The race was formerly known as the Hennessy Gold Cup and is one of the most prestigious long-distance chases in the calendar. The roll of honour for this race features numerous Cheltenham Gold Cup winners including Arkle (1964, 1965), Burrough Hill Lad (1984) and Denman (2007, 2009). Other notable winners include One Man (1994) and subsequent Aintree Grand National winner Many Clouds (2014). 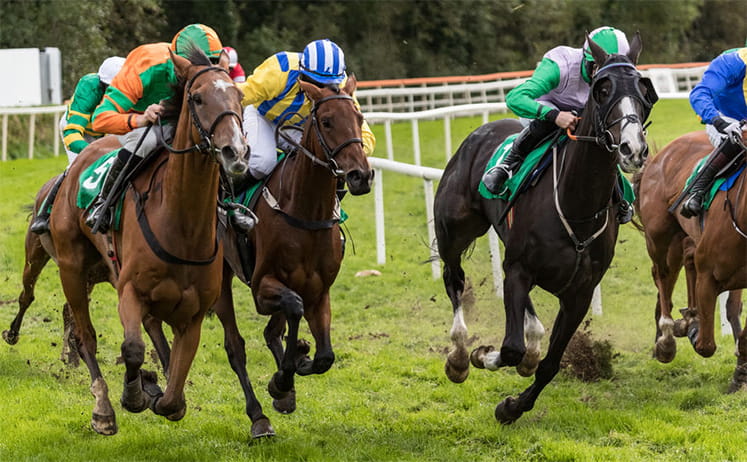 Kim Bailey believes he has a genuine Gold Cup contender in Vinndication, runner-up to Cyrname in the Charlie Hall Chase at Wetherby. The seven-year-old surprisingly started favourite that day but was always on the back foot after some sketchy early jumps. He warmed to his task as the race went on but never looked likely to threaten the winner. He did not impress everyone with his schooling run here in midweek and will need to put in a clean round of jumping with 11st 11lbs on his back.

Five lengths behind him at Wetherby was Aye Right, trained in the Scottish borders by Harriet Graham. He made the running that day and will be 7lbs better off on Saturday. The seven-year-old is progressive and will be having his sixth run over fences. He started at 100-1 for the RSA Chase last season when he finished fifth after three serious errors.

The Conditional is another leading contender but will be having his first run since winning a handicap at the Cheltenham Festival in March. He is up 8lbs for his neck victory over Kildisart when Vinndication was close-up in fourth. Kildisart has gone up 5lbs so there should be little between the trio.

Although The Conditional’s fitness must be taken on trust, Kildisart does have the benefit of a recent run over hurdles at Wetherby.

Secret Investor beat Potterman by seven lengths at Chepstow in October when conceding 11lbs. The runner-up has a 6lbs pull in the weights and has since gone very close at Wincanton. There is also a doubt about Secret Investor staying this trip, although the drying ground should be in his favour.

Black Op was among the leading novices last season, finishing runner-up in the Grade 1 Kauto Star Novices’ Chase at Kempton. He ran an encouraging race on his reappearance to finish fourth behind Imperial Aura at Carlisle.

Copperhead is difficult to recommend after being pulled up over hurdles at Wetherby. He was never really travelling that day but would be a threat if able to recapture his best form. Regal Encore will be trying to become the oldest winner of this race in history at the age of twelve. He earned a tilt at this valuable prize when winning the Sodexo Gold Cup but he is a much better horse at Ascot. He did finish third in this race in 2017 but was pulled up in 2016 and 2019.

Nicky Henderson relies on Beware The Bear, fourth last season and set to race off the same mark. He has only raced once since when eighth over hurdles at Cheltenham in January. Cloth Cap sneaks in on bottom weight for Jonjo O’Neill in the Trevor Hemmings colours carried to victory here by Many Clouds and Trabolgan (2005). Cloth Cap was third in the 2019 Scottish National over four miles but has not won since 2018. There were signs of a revival when third to Frodon at Cheltenham in October.

Two For Gold could be a useful second-string for Kim Bailey after chasing home Huntsman Son at Wetherby. That was over two and a half miles, and he has won over further. Mister Malarky finished sixth last year and has followed the same route, finishing down the field at Ascot in October. That run should have sharpened him up, and improvement can be anticipated.

The Ladbrokes Trophy is due off at 3.00 at Newbury on Saturday 28th November and will be televised live on ITV.