The feature race at Newmarket on Saturday is the Group 1 July Cup over six furlongs. This is one of the most prestigious all-aged sprint races of the season and often attracts and International field. Notable past winners include Sharpo (1982), Chief Singer (1984), Royal Academy (1990) and Stravinsky (1999). The latter was the first of five winners for Aidan O’Brien who is currently co-leading trainer in the history of the race with Charles Morton and Vincent O’Brien.

Mayson at 20-1 (2012) was the only horse to win at double-figure odds in the past ten years. Three-year-olds have a good recent record, winning four of the last five renewals. Ten Sovereigns successfully dropped back in distance to win last year with the first five all being three-year-olds. 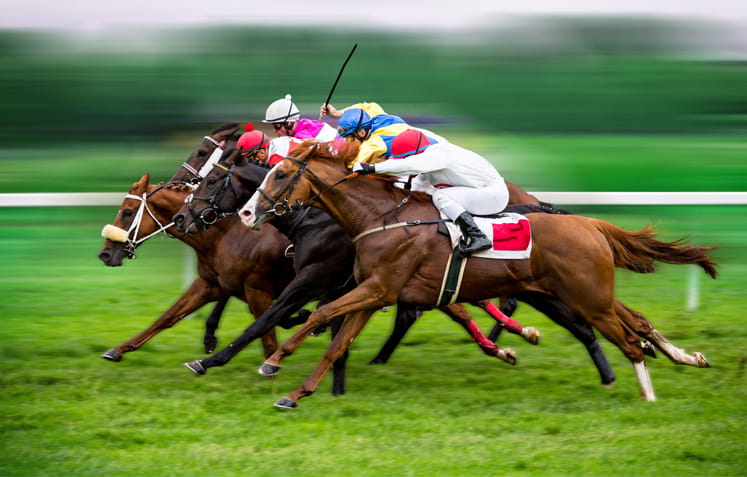 The horse thought most likely to continue the three-year-olds dominations is Golden Horde, the winner of the Commonwealth Cup at Royal Ascot. Clive Cox’s colt held off American challenger Kimari to win by a length and a half. That was his first run since finishing a close second to Earthlight in the Middle Park Stakes at Newmarket in September.

Golden Horde is a son of Lethal Force, the winner of this race for Clive Cox and Adam Kirby in 2013. The same combination teamed up with Harry Angel to win this race in 2017. He should confirm the Ascot form with seventh-placed Southern Hills who will bid to provide Aidan O’Brien with a hat-trick in the race. The son of Gleneagles has over seven lengths to make up which seems a tall order.

Hello Youmzain also comes here after winning at Royal Ascot. His success came in the Group 1 Diamond Jubilee Stakes when beating Dream Of Dreams and Sceptical in a thrilling finish. Khaadem finished a close-up fourth after travelling powerfully into the race. The third and fourth re-oppose here and connections of both will fancy their chances of turning the tables.

Sceptical has been very impressive on his previous start at Naas and hit the front with a furlong to run. He could not quite sustain his effort in the final 100 yards. Khaadem won the Stewards’ Cup at Goodwood last summer but ran poorly in soft ground at Haydock and Ascot. He looked right back to his best at Ascot but the easing of the ground is a concern and stall 1 is far from ideal.

Khaadem is trained by Charles Hills who also has leading sprinter Battaash and Equilateral in his yard. Equilateral was no match for his stable companion in the King’s Stand Stakes at Royal Ascot but stayed on strongly to finish second. He has been racing at five furlongs recently but is a previous winner over six and is likely to be played late by James Doyle.

Ten Sovereigns dropped back from the Guineas mile to win last year and Threat is adopting a similar approach. Richard Hannon’s colt ran in the St James’s Palace Stakes at Ascot but finished only fifth behind Palace Pier. He travelled strongly for six furlongs and this could be his best trip.

The unknown quantity in the race is Namos, trained in Germany by Dominik Moser. Namos is twice a Group 3 winner in Germany and it is worth remembering that Moser saddled Waldpfad to win the Hackwood Stakes at long odds last season. Oxted takes a jump in class after winning the Group 3 Abernant Stakes for Roger Teal. That continued his progression from victory in the valuable Portland Handicap at Doncaster in September.

Older horses Brando and Sir Dancealot are others with each-way claims while Shine So Bright could make his presence felt. Andrew Balding’s grey blazed the trail at Epsom last week in the Listed Surrey Stakes over seven furlongs before fading into third behind Safe Voyage. He had finished a remote last behind Hello Youmzain at Ascot but did not get his usual fast start that day.

The July Cup is due off at 3.35 on Saturday 11th July and will be televised live on ITV.