The big race in Ireland this weekend is the Group 1 Irish Champion Stakes over ten furlongs at Leopardstown. The race was first run in 1976 and quickly became established as one of the top targets for middle-distance horses in Europe. Notable past winners include Stanerra (1983), Triptych (1987), Dr Devious (1992), Giant’s Causeway (2000) and Sea The Stars (2009). Last year, Magical provided Aidan O’Brien with a record eighth victory in the race. 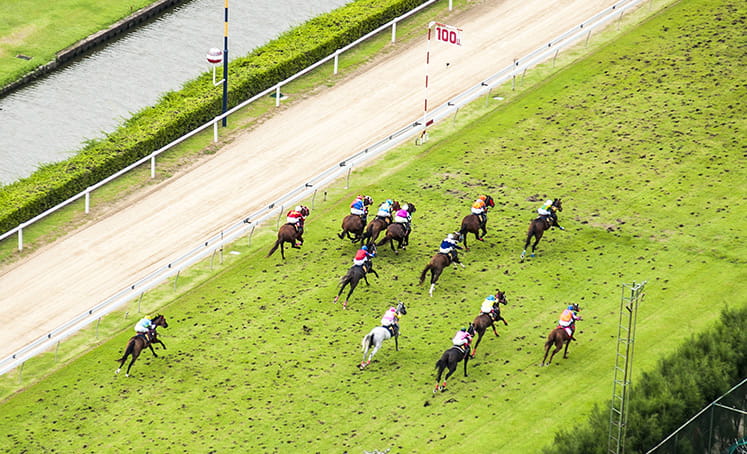 Charlie Appleby has elected to keep Ghaiyyath at his optimum trip of ten furlongs following impressive victories in the Eclipse and York International. The five-year-old son of Dubawi comfortably held off Enable at Sandown, although there was a feeling that the runner-up was a little rusty and found the trip on the sharp side.

William Buick has formed a seemingly invincible partnership with Ghaiyyath and they made all the running to beat Magical at York. Ghaiyyath seems happiest when allowed to stride along in front and it will be fascinating to see whether anything takes him on this weekend.

Magical was never getting to Ghaiyyath at York but ran on gamely to finish three lengths away in second. She is a tough and versatile mare who goes on any ground. Magical started long odds-on when winning her previous two starts at the Curragh and she led home a 1,2,3 for O’Brien in this race 12 months’ ago. O’Brien trained Dylan Thomas to win this race in 2016 and 2017, the only horse to win this race twice.

Japan was only two and a half lengths behind Ghaiyyath at Sandown but ran no sort of race last time at Ascot. His trainer reported that he was found to have a stone bruise so that run can be safely ignored. If he can recapture his Sandown form he would certainly have each-way claims.

French raider Sottsass is an interesting contender, the winner of the 2019 French Derby and a creditable third in the Prix de l’Arc de Triomphe. He was beaten a neck at Deauville in a Group 3 last month in heavy ground. That was his first outing since June and he probably got tired in the testing conditions.

The ground is currently riding good at the Leopardstown and Sottsass won the French Derby on similar ground, beating Persian King by 2 lengths. He should be able to settle in behind Ghaiyyath and try to launch a challenge in the home straight.

Armory came good with a narrow success at the Curragh last time out but this looks a much stiffer task. He was nearly 5 lengths behind Magical in the Tattersalls Gold Cup in July and could possibly make his presence felt by pestering Ghaiyyath for the lead in the early stages. Leo De Fury completes the six-runner field, a four-year-old son of Australia trained by Jessica Harrington. He was last of five behind Armory and it is difficult to see him getting involved on Saturday.

The Irish Champion Stakes is due off at 4.10 at Leopardstown on Saturday 12th September and will be screened live on ITV.