The Irish 1000 Guineas is the highlight of Sunday’s card at the Curragh, a Group 1 race for three-year-old fillies over a mile. Four fillies have won both the English and Irish Guineas, the most recent being Hermosa for Aidan O’Brien in 2019. The Ballydoyle trainer won the race for a record ninth time last season with Peaceful, ridden by Seamie Heffernan. 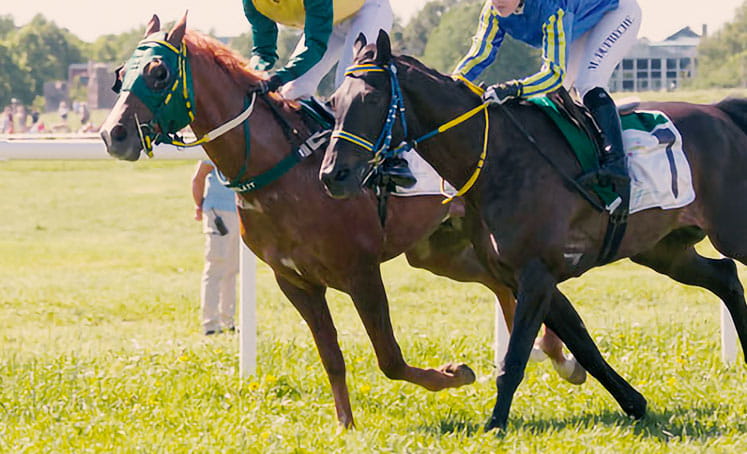 Pretty Gorgeous Tops The Betting At The Curragh

The ante-post favourite is Joseph O’Brien’s Pretty Gorgeous, a late withdrawal from Newmarket at the start of the month. The imposing daughter of Lawman emerged as the top two-year-old filly when winning the Fillies’ Mile in October. She was reversing Curragh form with old rival Shale, trained by brother Donnacha, who finished sixth. The form has stood up well, with the Newmarket Classic going to third-placed Mother Earth and fourth-placed Dubai Fountain winning the Cheshire Oaks.

Pretty Gorgeous was taken out of the Guineas as a precaution after some unsatisfactory test results. She is already a winner on soft ground over a mile and looks a worthy favourite. Shale could lock horns with the favourite for the fifth time, with the score currently standing at two apiece. The Galileo filly finished fifth on her seasonal debut behind Keeper Of Time at Leopardstown, but improvement can be expected.

Aidan O’Brien’s leading hope on Sunday is Joan Of Arc. She was just behind Shale at Leopardstown but has since won the Group 3 1000 Guineas Trial. She made all the running under Ryan Moore to beat Flirting Bridge, and positive tactics are likely to be adopted again at the Curragh.

British hopes rest with Fev Rover, trained by Richard Fahey. She finished a creditable third to Mother Earth at Newmarket, beaten just over a length. She won’t mind any rain this weekend, having won in France in testing conditions last August. The filly was probably a little too keen in the Newmarket Classic and should be spot on for this race.

Miss Amulet won last season’s Lowther Stakes at York over six furlongs and finished second to Alcohol Free in the Group 1 Cheveley Park. She then travelled to Keeneland, where she finished a fine third at the Breeders’ Cup over a mile. Her breeding suggests that a mile will be as far as she wants to go, and testing conditions could be a concern first time out.

No Speak Alexander represents the Jessica Harrington stable, the winner of a Group 3 at the Curragh earlier this month. She has plenty of speed in her pedigree but had no trouble lasting the seven furlongs that day in good to soft ground. Of the remainder, Aidan O’Brien’s More Beautiful has a couple of promising runs under her belt but has four lengths to make up on stable companion Joan Of Arc. If there was an eye-catcher in that race, it was probably sixth-placed Sense Of Style who was doing her best work in the closing stages.

The Irish 1000 Guineas is due off at 3.15 at the Curragh on Sunday and will be televised live on RTE1.