The Irish 1000 Guineas takes place “behind closed doors” at the Curragh on Saturday evening. Horse racing in England was given the go-ahead to resume after Lockdown on 1st June and the first Classic races took place last weekend. Ireland followed on 8th June with the first two Classics staged this weekend.

Aidan O’Brien is the leading trainer in the history of the Irish 1000 Guineas, Hermosa providing him with an eighth winner last year. With the race coming just a week after the Newmarket equivalent, there are no English-trained runners on Saturday. Notable past winners include In The Groove (1990), Ridgewood Pearl (1995), Attraction (2004) and Winter (2017). 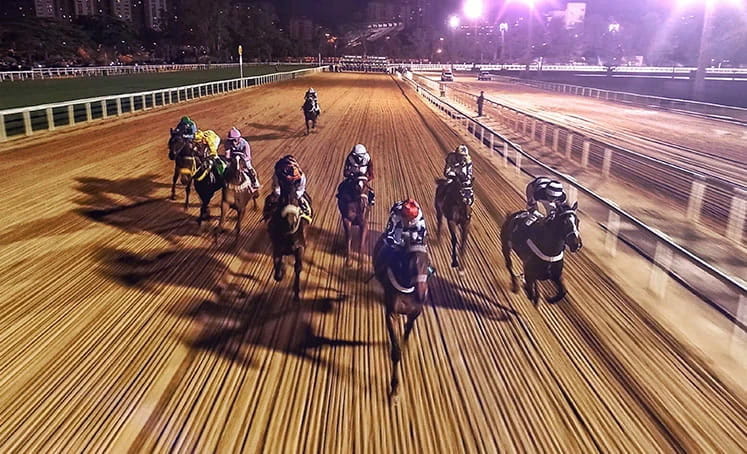 The clear favourite for Saturday’s race is Albigna, trained by Jessica Harrington. She races in the colours of the Niarchos family, successful here with the brilliant Alpha Centauri in 2018. It is difficult to pick holes in Albigna’s form, already a Group 1 winner in France over a mile. That was in the Prix Marcel Boussac at Longchamp in very soft ground in September.

The going should not be an issue with Albigna subsequently finishing well in fourth place on fast ground at the Breeders’ Cup in November. She was probably given too much to do that day but is not short of early pace and should be able to hold her position early.

Predictably, Aidan O’Brien provides her main market rival in Peaceful. The daughter of Galileo side-stepped the Newmarket 1000 Guineas to run here along with So Wonderful. Peaceful is also proven over a mile after finishing second to Born With Pride at Newmarket last season. The winner disappointed recently but third-placed Run Wild boosted the form with an emphatic win in the Pretty Polly Stakes.

So Wonderful is a little bit of an enigma. She remains a maiden after eight starts but closed out her juvenile campaign by finishing third in the Group 1 Moyglare Stud Stakes. The winner that day was stable companion Love, last weekend’s impressive 1000 Guineas winner. It may be asking a lot for So Wonderful to break her duck in a Classic but she certainly has enough ability to make the frame.

The O’Brien family are also represented by Donnacha O’Brien’s Fancy Blue, a daughter of Deep Impact. She won both starts as a two-year-old for Aidan O’Brien including a course and distance winner here in October. She needs to improve to win this but has plenty of scope. Donnacha’s brother Joseph runs New York Girl who is a Group 3 winner in heavy ground.

Jessica Harrington has a smart second-string to the favourite here in Valeria Messalina. She was beaten a neck in the Group 3 Oh So Sharp Stakes at Newmarket and there will be more to come from her.

Ridenza races in the Aga Khan’s colours and made a winning debut at Leopardstown in August. She is beautifully bred by Sea The Stars out of a Rock Of Gibraltar mare and is trained by Mick Halford. The Ger Lyons-trained Even So looks certain to stay beyond a mile and any further rain would help her prospects. Dermot Weld’s Katiba is another who may appreciate more cut in the ground, a narrow winner in heavy ground over a mile over course and distance last September.

The Irish 1000 Guineas is due off at 7.15 at the Curragh on Saturday 13th June and will be televised live on RTE2.