The big betting race at Ascot on King George day is the International Stakes Heritage Handicap over seven furlongs. This can be a tricky race for punters with an average starting price of the winner of over 20-1 over the past ten seasons. Heavens Guest (2015) and Librisa Breeze (2016) did provide some respite for favourite backers while last year the race went to 7-1 shot Raising Sand.

Much more difficult to find were 50-1 Stamp Hill (2017) and 33-1 outsiders Heavy Metal (2014) and Galician (2013). Trainers Mark Johnston and Richard Fahey have each won the race three times. Royal Ascot and the Newmarket July meeting have often provided the best form guides for this race. 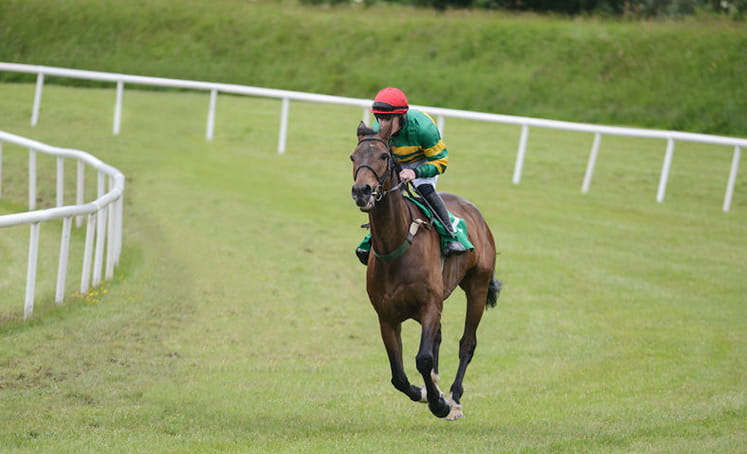 Bookmakers immediately chalked up Blue Mist as the ante-post favourite following an eye-catching run over six furlongs in the Silver Wokingham Handicap. Roger Charlton’s five-year-old may have emptied the pockets of punters on several previous occasions, having started favourite on 9 occasions and recording just one victory.

He was favourite at Royal Ascot, despite dropping back to six furlongs for the first time in his career. He was caught flat-footed when the stalls opened and his hopes of reaching the frame were ended when hampered inside the final furlong. He eventually finished less than 5 lengths behind Chief Of Chiefs who he meets on 5lbs better terms. It certainly had all the hallmarks of a certain future winner and the booking of Ryan Moore looks significant.

Mutamaasik was all the rage for the Bunbury Cup at Newmarket after finishing third from a poor draw in the Buckingham Palace Handicap. He faded very tamely with no explanation offered by connections. It is surprising to see him out again so quickly and his trainer has not resorted to applying any headgear.

John Gosden’s Eshaasy was all out to hold Campari by a nose in a seven-furlong handicap at Sandown earlier this month. Even a 4lbs rise in the weights still leaves him at the foot of the handicap but there could be improvement to come. He pulled hard at Royal Ascot when well beaten behind Khaloosy but Jim Crowley had him nicely settled at the Esher track.

As well as the disappointing favourite Mutamaasik, a number of these took part in the competitive Bunbury Cup. Keyser Soze did best by finishing fifth in a rough contest, Spanish City (seventh), Vale Of Kent (eighth), Kasbaan (ninth) and Blackheath (fourteenth). At least three of those had “hard luck” stories. Keyser Soze and Spanish City were involved in bumping matches and Blackheath never saw daylight. It would be no surprise to see that form turned upside down as it is almost impossible to unravel.

There has been some market support for Ebury, trained by Martyn Meade and ridden by Oisin Murphy. He ran a similar race to Mutamaasik at Ascot, racing on the unfavoured far side and finishing sixth of the 23 runners. By contrast, Jack’s Point and Cliffs Of Capri finished ahead of him in second and fourth respectively after racing on the stands’ side.

Gin Palace is seeking a hat-trick for trainer Eve Johnson-Houghton. The son of Swiss Spirit made all at Newbury before defying a 4lbs hike in the weights to beat Ambassadorial by a neck at Newmarket. Most of the fancied runners are drawn middle to high so Blue Mist (19) should get a nice tow into the race up the stands’ side rail. The two Hamdan Al Maktoum owned horses, Mutamaasik (14) and Eshaasy (17), look to be his biggest dangers.

The International Stakes Heritage Handicap is due off at 2.25 at Ascot on Saturday 25th July and will be televised live on ITV.