The big betting race this weekend is the £75,000 Imperial Cup at Sandown over two miles. The race carries a £100,000 bonus for the winner if they go on to win any race at next week’s Cheltenham Festival. The last horse to do so was David Pipe’s Gaspara who went on to win the Fred Winter Hurdle in 2007. Other notable winners include Lanzarote (1973), Ekbalco (1981), Floyd (1985) and Collier Bay (1995). Last year the race was won by Malaya, trained by Paul Nicholls and ridden by Harry Cobden. 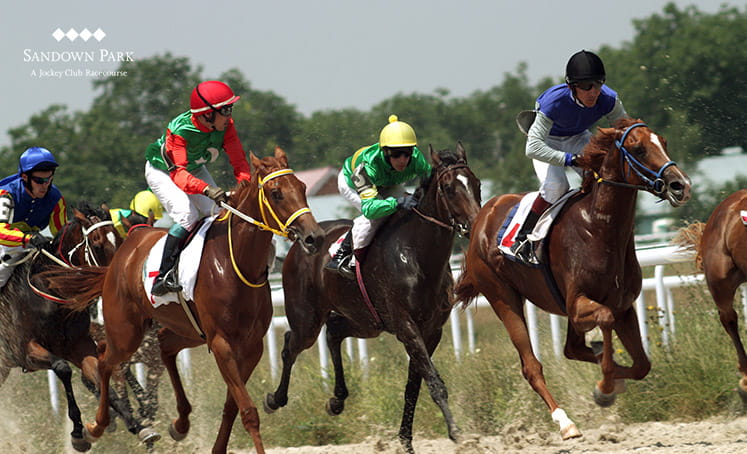 Mack The Man on a retrieval mission at Sandown

The ante-post favourite is Mack The Man, brought down at the last flight when still in contention for the Betfair Hurdle. Evan Williams trains the six-year-old who had won his previous start here in heavy ground. He was chased home by Protektorat and Song For Someone, both subsequent winners.

Mack The Man was raised 8lbs for the Newbury race but jockey Adam Wedge was yet to ask for everything when he was brought down. The form of the Betfair Hurdle is yet to be tested but could be a key factor on Saturday. The real winner was the handicapper with five horses covered by a length and a half at the line.

Sir Valentine (fourth) and Tamaroc Du Mathan (fifth) also ran with great credit. Both horses had finished a long way adrift of easy winner Not So Sleepy on their previous start at Ascot in heavy ground. The going was much quicker at Newbury and there is a concern that very testing ground will find them out.

The most interesting runner is Shakem Up’Arry, beaten 11 lengths by Supreme Hurdle favourite Shishkin at Newbury. It is unusual for a novice to run here, especially without a previous win under his belt. Trainer Ben Pauling clearly thinks that the official handicap mark of 127 is lenient and it will be fascinating to see how he gets on. He has a low head carriage so we can expect to see him race prominently for a clear view of the obstacles.

The Pipe family have exploited the big bonus in the past and Main Fact is their representative on Saturday. He has won his last four races and is creeping up the handicap as a result. The seven-year-old looked a hard ride on his last start at Wetherby and may not be suited by the hustle and bustle in the early stages.

Dostal Phil overcame a lengthy absence to win in bottomless ground at Fontwell on Boxing Day. A 6lbs penalty leaves him on the same weight as Mack The Man and this looks a much tougher contest. Bullionaire has attracted each-way support this week, a remote second to Sir Psycho at Exeter on his last start. His rider reported that he ran too freely that day.

Last year’s winner Malaya races off an identical handicap mark with jockey Bryan Carver taking off a useful 5lbs. She revelled in the soft ground when landing a 7-1 winning tip for this column 12 months’ ago. Malaya was no match for Nordano at Ascot last time but this could have been her main objective all season.

The Imperial Cup is due off at 2.30 at Sandown Park on Saturday 7th March and will be televised live on ITV.