With the British Jumps season brought to an early close by the corona virus, our attention switches to International flat racing for the pick of the weekend action. The US$2.3 million Hong Kong Derby takes place at Sha Tin Racecourse on Sunday over ten furlongs.

The race often attracts top riders from around the globe. Pat Eddery, Christophe Soumillon and Ryan Moore are all on the roll of honour. Travel restrictions have prevented Moore from taking up his engagement this year but the race does feature a potential superstar in Golden Sixty. 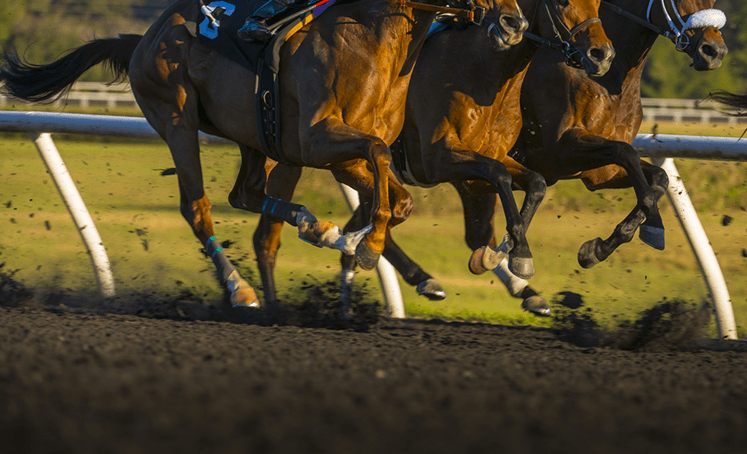 The short-priced favourite is Golden Sixty, a gelding by Medaglia d’Oro out of a mare by Distorted Humor. He has won nine of his ten races and was particularly impressive last time out in the Hong Kong Classic Cup.

Ridden with supreme confidence by Vincent Ho, he scythed through the field in the home stretch to beat Champion’s Way and More Than This. Ho had to wait patiently for a gap as Ryan Moore drove Champion’s Way up on his outside but Golden Sixty found an extra gear to win decisively.

He had beaten the same two rivals in the Hong Kong Classic Mile on his previous start. On that occasion he led at the furlong pole before quickening clear to win by a length and a quarter. Golden Sixty reportedly spiked a fever two weeks prior to the Classic Cup with Ho suggesting that he was only 80 per cent fit. A repeat of that performance would probably be enough to win.

More Than This partnered by Zac Purton

More Than This is a stable companion of the favourite but could be the one to give him most to do. Zac Purton will ride on Sunday and expressed himself well satisfied after the horse worked nicely on Tuesday morning. The son of Dutch Art began his racing career with Richard Fahey in Yorkshire, winning a novice stakes at Haydock and a handicap at Goodwood in 2018. He took a little while to find his form in Hong Kong but has not looked back since winning a handicap last July.

Private Secretary is another horse who began his racing career in England. He was formerly trained by John Gosden and won the Listed Cocked Hat Stakes at Goodwood, a recognised Derby trial. He won on his debut in Hong Kong but finished over five lengths adrift of Golden Sixty last time.

Champion’s Way looks a bigger danger, although he must be sick of the sight of Golden Sixty. He has finished behind him in each of his last three races. He posted a career-best last time under an inspired ride from Moore who will be replaced in the saddle is Joao Moreira.

Travel complications due to the virus outbreak have also prevented Jamie Spencer from making the trip. His place on outsider Super Oasis will now be taken by Brazilian Vagner Borges. Butterfield and Colombus County finished first and second in the Azalea Handicap at Sha Tin last month and renew rivalry in this higher grade.