The inevitable suspension of racing in Britain due to the spread of the corona virus has all but eliminated sporting interest for punters in the UK. However, high quality racing is still taking place in other places around the globe this weekend. The Golden Slipper is the most prestigious two-year-old race in Australia and is the feature race at Rosehill Gardens in Sydney. The six furlong race carries prize money of A$3.5 million, making it the richest juvenile race in the world. 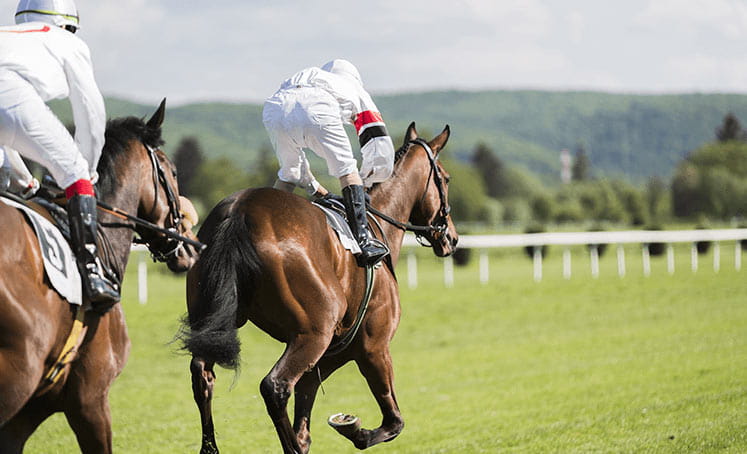 Gai Waterhouse will become the most successful trainer in the history of the race if she can score with Farnan. The son of Not A Single Doubt got the better of market rival Tagaloa by a length and three-quarters at Randwick earlier this month. That was in the Group 2 Todman Stakes and was his third victory in four starts.

Farnan’s chances of confirming the form were not helped by a wide draw in barrier fourteen. Tagaloa, the narrow winner of the Group 1 Blue Diamond Stakes from Hanseatic will start from barrier six. Hanseatic (barrier nine) races in the blue silks of Godolphin and is a son of Street Boss out of a mare by Exceed And Excel. He will be ridden by Kerrin McEvoy, a familiar face to British racegoers.

Timothy Clark rode Hanseatic last time but is now aboard Dame Giselle for Peter and Paul Snowden. The filly got the better of See You Soon by a short-head in the Group 2 Reisling Stakes and now takes on the colts. See You Soon had been off the track since November prior to that run and is also in the field this weekend.

Williams aboard Personal at Rosehill Gardens

Many UK punters will remember Craig Williams from his riding spell in Europe. He partners Personal (barrier 19), a filly by Fastnet Rock out of a Galileo mare. She was a 25-1 shot in first-time blinkers when beaten a length into third behind Tagaloa in the Blue Diamond.

Mamaragan (barrier 1) made a winning debut at Randwick in the Group 2 Skyline Stakes for John Thompson. He beat Osamu who has since failed to advertise the form when only seventh in a Group 3 at Rosehill. Away Game is a daughter of Snitzel and has a length and a half to make up on Tagaloa from the Blue Diamond where she finished fourth.

Chris Waller saddles Hungry Heart (drawn five) who is a daughter of Frankel by Harlech out of Pivotal. She staked her claim to this valuable prize when winning the Group 2 Embrace Stakes in February. That was a big step up on her debut run behind Jabali Ridge at Flemington, coming from last to fast in the home stretch. Stable companion Global Quest looks held on form by Farnan after finishing behind that colt on his last two starts. Tom Marquand has made the breakthrough on the International stage and rides Prague for Ciaron Maher and David Eustace. He was only sixth behind Mamaragan last month but bounced back with a win in the Group 3 Pago Pago Stakes. Damian Oliver is aboard Cellsabeel for the same stable, beaten only a neck when third in a Group 3 at Canberra.

The Golden Slipper is race 7 at Rosehill Gardens on Saturday 21st March.