The 16th edition of the Euros starts in just over a week, and to get you in the mood; we assess the bookie’s favourites to win this Summer. We’ll also consider some of the contenders to win the Golden Boot. 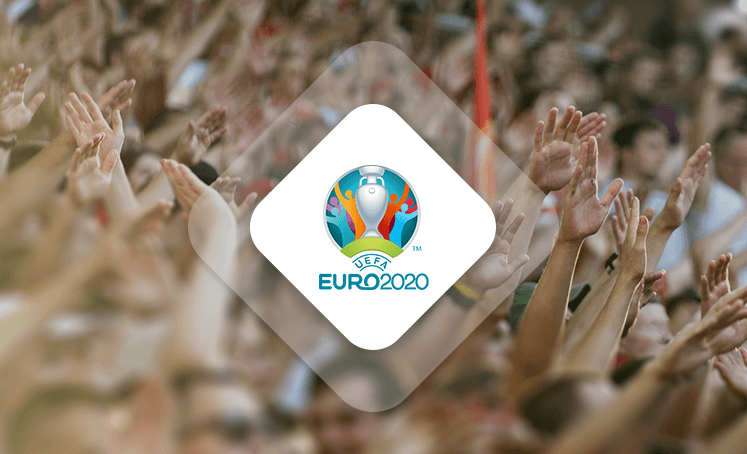 France 9/2– France have been instilled as favourites by the bookies, but first, they have to qualify from a group that contains Germany and the current champions, Portugal. It was Portugal that denied France a third Euro title in Euro 2016; therefore, revenge could be on the cards when the teams go head-to-head on matchday three on June 23.

The shock team news from the French camp was the inclusion of Real Madrid striker Karim Benzema. The striker has been out of contention for the national team for six years after being implicated in a blackmail attempt over teammate Mathieu Valbuena. France have plenty of other stars, including Paul Pogba, Kylian Mbappé, N’Golo Kanté and Antoine Griezmann.

England 5– It seems strange to see England installed as second-favourites for a major competition as we are all aware of our performances, especially in the latter stages of competitions. Yet with England effectively playing a home tournament, we are in with a good shout. It will be a tough group, though. Croatia was beaten World Cup finalists in 2018, and the Czech Republic are hard to beat. The German team only managed a narrow 1-0 win in a friendly in November. It wouldn’t be a total surprise if Scotland played the games of their lives. The Scots have never qualified from a group stage in either the Euros or the World Cup and would love to do so at the expense of the Auld Enemy.

Belgium 6/1– You would imagine the toughest match the world number one ranked team will face in the group stage will be against Denmark. Also in Group B is Russia, who reached the quarter-finals of the World Cup and Finland, who are making their first appearances at a major final.

Belgium has been boosted by the news that Manchester City’s Kevin De Bruyne does not require surgery after fracturing his nose and eye socket in the Champions League final defeat to Chelsea. De Bruyne has scored 21 goals for his country and is often at the heart of what they do. In addition, Roberto Martínez has introduced some youth in Jéremy Doku (19) and Yari Verschaeren (19) in what is an experienced squad.

Germany 7/1– Germany being as high as 7’s seems incredible but justified due to some shocking results lately. In November, they were ripped apart by a rampant Spanish team who beat them 6-0 in a UEFA Nations League clash. Ferran Torres picking up a hattrick that day. One defeat by Germany is surprise enough, but they were also beaten in their last game, a World Cup qualifier, by lowly North Macedonia 2-1 at home. The team ranked 65th in the world, stealing the win with five minutes left to play.

Germany has gone with a youthful squad for the Euros, Toni Kroos, one of the few veteran players. English fans will know plenty of players well, such as Ilkay Gündogan, Leroy Sané, Emre Can and the Chelsea duo of Timo Werner and the man who scored the winning goal in the Champions League, Kai Havertz. If Germany can break out of a tough group, they could do well.

Spain 15/2– Spain are another team that shouldn’t be underestimated and could do well. They made headlines with their squad selection for Euro 2020, deciding to leave out national team captain Sergio Ramos. The Real Madrid player has suffered with injuries and only started two games in 2021. Upfront, the number nine shirt has been claimed by 29-year-old Gerrard Moreno, who English fans will know well as he was the scorer of Villarreal’s opener against Manchester United in the Europa League final.

18-year-old Pedri has been attracting a lot of attention and could have a good tournament if given game time. His vision and passing attributes are among the best for under-20 players in Europe. He attempts to dribble the ball 2.71 times per game on average, a normal stat, but his successful completion rate of 67.7% puts him in the top bracket and one to watch this summer.

The Race for the Golden Boot: The Main Contenders

One of the biggest betting markets behind the overall winner is who will score the most goals in the competition. In Euro 2016, Antoine Griezmann clinched the Euro 2016 Golden Boot, the Atletico Madrid forward finished with six goals, three clear of his closest rival. Here are a few of the contenders this year;

Harry Kane 6/1– For Harry Kane, it looks like his Tottenham career may be ending, and the England captain knows the best way of showcasing his immense talents off to potential suitors is by performing well at the Euros. He scored 23 goals and 14 assists in the Premier League, meaning he had 37 goal involvements in just 35 starts.

Romelu Lukaku 7/1– Lukaku has scored plenty of goals in his career. Starting at Anderlecht, he scored 33 goals in 73 games before he was signed for Chelsea. Although he didn’t score a goal in 10 appearances, he scored 17 while on loan at West Bromwich Albion (including three against Manchester United in Alex Ferguson’s last game) and 15 at Everton. After that, he signed for Everton permanently, scoring 53 goals for the Toffees before joining Manchester United. He scored 28 goals for United before moving to Inter Milan; he has scored 47 goals in 72 games for the Italians.

Kylian Mbappe 8/1– The 22-year-old is another player who will be keen to put on a good display to either seal a transfer or a new contract at PSG. Mbappe has scored a remarkable 45 goals for the Ligue 1 runners-up, 27 of his goals coming in the league. The youngster is entering the last year of his contract with the French club, and it seems unlikely that the club’s sporting director Leonardo would let the player leave for nothing next summer. Real Madrid are long term admirers of the player, although Liverpool has also been linked often with the forward.

The delayed Euro 2020 tournament starts next Friday, June 11. The first game is between Turkey & Italy with kick-off at 20:00. The game will be screened on BBC One.