The Epsom Derby takes place on Saturday, a month later than usual due to the coronavirus pandemic and the hastily re-arranged racing schedule. Epsom has gained special dispensation from the local council to stage a one-day meeting without spectators which also includes the Oaks. Prize money has been slashed and the entries were re-opened for both Classic races in this extraordinary year.

The Epsom Derby is the race that inspired all “derby” races across the globe including the Kentucky Derby and the Irish Derby. It remains the most prestigious flat race in Britain and is regarded as the ultimate test of the thoroughbred. Many of the greatest names in the sport have won this race including Sea Bird (1965), Nijinsky (1970), Shergar (1981) and Sea The Stars (2009). 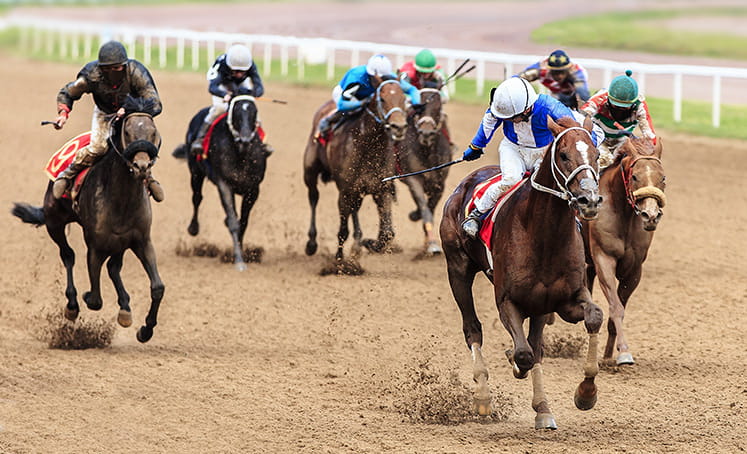 Aidan O’Brien drew level with Robert Robson, John Porter and Fred Darling when Anthony Van Dyck provided him with a seventh Derby win in 2019. He looks set to saddle six runners in his attempt to eclipse those past masters of the training ranks.

Prior to a disappointing reappearance at Royal Ascot, Mogul was the shortest-priced contender from Ballydoyle. The son of Galileo took his chance in the King Edward VII Stakes at Royal Ascot but could only plug on at one pace to finish fourth behind Pyledriver. He was overhauled for third place by Mohican Heights. O’Brien has since gone on record as saying that Mogul needed that tough race if he was to make it to the Derby and he will be the mount of Ryan Moore.

Vatican City ran in the Irish 2000 Guineas with only a win in a Dundalk maiden to his name. After losing his position, he ran on again in the closing stages to chase home the impressive Siskin. The big question is whether he will stay a mile and a half. His dam has produced top class milers including Gleneagles and Happily.

Russian Emperor produced a late burst of speed to win a Naas maiden on the eve of the Lockdown in March. He reappeared at Leopardstown in the Derrinstown Stud Derby Trial but could not get past stable companion Cormorant. He again arrived very late on the scene to beat First Receiver in the ten-furlong Hampton Court Stakes at Royal Ascot.

O’Brien’s entries are completed by nine lengths Curragh maiden winner Serpentine, Mythical and the maiden Amhran Na Bhfiann. Serpentine is closely related to mile and a half winner Beacon Rock and Oaks third Bye Baby. Jockey Wayne Lordan said that he could not pull the colt up after his nine lengths romp over ten furlongs last weekend so connections are throwing him in at the deep end.

Amhran Na Bhfiann finished fourth in the Leopardstown maiden which produced the second, third and fourth in the Irish Derby. Mythical was odds-on favourite for the Gallinule Stakes at the Curragh but trailed in a remote fifth. He finished lame that day and is better judged on his third in heavy ground in France last October.

Frankie Dettori always has a huge following on Derby day and he rides strong favourite English King. The colt was as high as 50-1 prior to winning the Lingfield Derby Trial last month but has since tumbled to around 5-2. He travelled strongly at Lingfield before easing past Berkshire Rocco to win comfortably by two and three-quarter lengths. The runner-up has since finished second to subsequent Irish Derby winner Santiago at Royal Ascot, beaten an identical distance.

It is unusual for a 2000 Guineas winner to go to Epsom without starting favourite but Kameko is next up in the market at around 9-2. He got up late to catch Wichita at Newmarket but the jury is out on his ability to stay a mile and a half. His pedigree suggests that ten furlongs may be his optimum distance but his relaxed running style gives him a chance. He is trained by Andrew Balding who also runs Khalifa Set, a neck winner over Emissary in the Listed Cocked Hat Stakes at Goodwood. He showed admirable battling qualities that day and it should be close between the pair on Saturday.

Highland Chief came from well off the pace to win a ten furlong handicap at Royal Ascot in soft ground. He was rated only 101 that day while there didn’t appear to be any fluke about the 18-1 success of Pyledriver at Ascot. Runner-up Arthur’s Kingdom was well beaten in the Irish Derby next time but connections are entitled to feel that they have an each-way chance. John Gosden saddles the once-raced Worthily who won by two lengths at Newbury last month. The runner-up made hard work of winning a Haydock novice next time but Worthily comes from a good family which includes St Leger winner Lucarno.

The Epsom Derby is due off at 4.55 on Saturday 4th July and will be televised live on ITV.