Epsom stages the £1.12million Cazoo Derby on Saturday, one of the most prestigious races in the world of sport. The race is the inspiration for all “derby” races across the globe and provides the ultimate test for three-year-olds over a mile and a half. Notable past winners include legends of the turf such as Sea Bird (1965), Nijinsky (1970), Mill Reef (1971), Shergar (1981) and Galileo (2001).

Aidan O’Brien has dominated the race in recent times with a record eight victories. Six of those have come in the last nine years, although it is not always the most fancied of his runner that prevails. Last year’s race was won by O’Brien’s Serpentine at 25-1, who was following up a wide-margin maiden victory at the Curragh. In a surprise move this week, O’Brien cut his six entries to just one, leaving only Bolshoi Ballet to represent the yard. 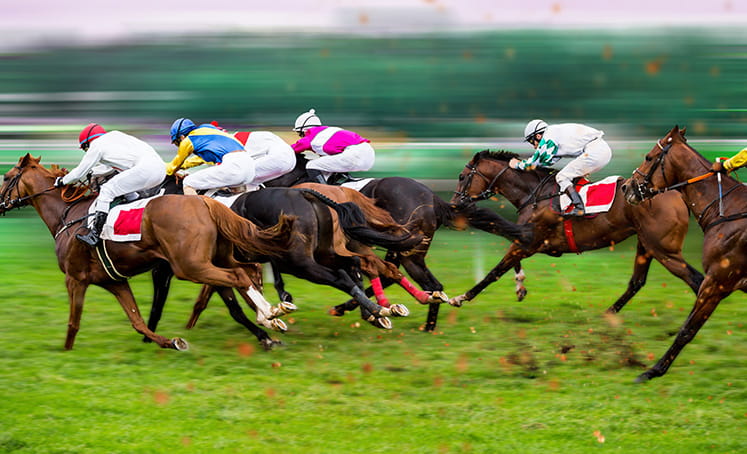 Aidan O’Brien’s Bolshoi Ballet is a very short-priced favourite at around 5-4. He was a dominant winner of the Derrinstown Stud Derby Trial at Leopardstown, powering clear to win by 6 lengths. The fourth-placed Mac Swiney came out and won the Irish 2000 Guineas next time and will re-oppose on Saturday.

Prior to the Derrinstown, Bolshoi Ballet raced prominently before beating Flying Visit. He won’t have any problems lying up with the pace on Saturday and has deposed stable companion High Definition at the head of the market. That horse ran a good trial when third in the Dante, but O’Brien’s team has decided to wait for the Irish Derby for his next appearance.

The going at Epsom is currently good to firm, so that would appear to be against Mac Swiney. His two biggest victories have both come in heavy ground. Last October, he won the Futurity Stakes at Doncaster when bravely repelling One Ruler in testing conditions. He was driven in the first few strides in the Irish Guineas to make the most of his stamina and was always regarded as the stable’s Derby colt. Bolshoi Ballet has won both his races this season on a sound surface, so you would expect him to confirm the form.

The blue colours of Godolphin were carried to a famous Derby victory by Masar in 2018, trained by Charlie Appleby and ridden by William Buick. They team up with Dante winner Hurricane Lane, a workmanlike three-quarters of a length winner on the Knavesmire. His dam stayed two miles while he gets his speed from his sire, Frankel. He could find things difficult when the pace quickens in the home straight but will be staying on right to the line.

Appleby also saddles One Ruler and Adayar, ridden by James Doyle and Adam Kirby, respectively. One Ruler is out of a miler by Dubawi, so there is a suspicion that he may not get beyond ten furlongs. He races quite keenly and finished sixth in the 2000 Guineas. Adayar does stay but never really looked like catching Third Realm at Lingfield last time.

Third Realm is trained by Roger Varian and was stepping up from a win in a Nottingham maiden. The son of Derby winner Sea The Stars was sent on over two furlongs out and has each-way claims, despite being faced with quicker ground on Saturday. John Leeper won the Listed Fairway Stakes at Newmarket last month for Ed Dunlop. He is another beautifully-bred colt by Frankel out of Oaks winner Snow Fairy and will be ridden by Frankie Dettori.

William Haggas won the Derby in 1996 with Shaamit and has another live contender in Mohaafeth. He was an impressive five lengths winner at Newmarket last time on good to firm ground. Youth Spirit won the Chester Vase for Andrew Balding, although that did not look like a particularly strong renewal.

The Epsom Derby is due off at 4.30 on Saturday 5th June and will be televised live on ITV.