The 2.30 race at Doncaster on Saturday’s opening day of the new flat turf season is the Listed Doncaster Mile. The race has been won by some high class milers in the past, including Dandoun (2002, 2003), Penitent (2012) and Tullius (2015). Trainer Roger Varian has farmed the race successfully in recent years, scoring with Belardo (2016), Zabeel Prince (2018) and Sharja Bridge (2019). The meeting was abandoned in 2020 due to the pandemic. 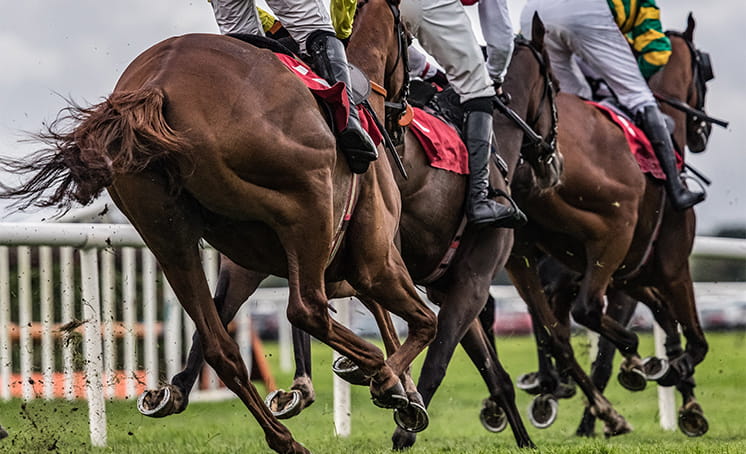 Andrew Balding saddles the ante-post favourite Bounce The Blues, a four-year-old daughter of Excelebration. The mare was formerly trained in Ireland by John Feane, winning a listed race at Naas over seven furlongs. She made a promising debut for Balding when third to Foxtrot Lady in the Group 3 Sceptre Stakes here in September. She made her final start as a three-year-old in the Rosemary Stakes at Newmarket when second to Cloak Of Spirits over a mile.

Montatham was very progressive last season for William Haggas, winning valuable handicaps at Sandown and York. That followed an excellent second in the Royal Hunt Cup behind Dark Vision. The grey was beaten by Posted in a Listed race at Sandown and was probably over the top when well beaten in the Cambridgeshire. If he makes natural progression from three to four, he will be competitive at Group level this season.

Space Traveller tops the official ratings on the strength of his Group 2 win at Leopardstown in 2019. He finished in midfield in the Breeders’ Cup Mile later that year but was off the track for most of last season. His only appearance came at Royal Ascot when sixth to Circus Maximus in the Queen Anne Stakes. He would be a threat to all if able to reproduce that form after another lay-off.

Wherever Montatham finishes, Top Rank should not be far away. The pair met at York in August, with Montatham coming out on top by a length when conceding 1lb. The form of that race worked out extremely well, with Top Rank winning a Group 3 at Haydock next time. He was not disgraced when last of six behind 2000 Guineas winner Kameko on his final start at Newmarket. A 5lbs penalty for Top Rank’s Group race success could just give Montatham the edge.

Roger Varian will try to add to his recent haul in this race with Father Of Jazz, a four-year-old by Kingman. He has won three of his four races on the all-weather, most recently taking a Lingfield handicap over ten furlongs last month. He then finished a creditable third to Forest Of Dean in the Group 3 Winter Derby over the same course. He can take a strong hold in his races, so the drop in distance may not be too much of a disadvantage.

What’s The Story was over eight lengths behind Montatham at York in August and has a difficult task to reverse the form. He has won four of his 23 starts for Keith Dalgleish, and this could sharpen him up for an early-season handicap. Juan Elcano ran a mighty race to finish fourth in last season’s 2000 Guineas, beaten only four lengths. He has not managed to repeat that level of form and was gelded in September. He could be one to keep an eye on for the future.

The Doncaster Mile is due off at 2.30 and will be televised live on ITV.