The feature race at Musselburgh on Saturday is the £75,000 Betway Queen’s Cup for four-year-olds and upwards over a mile and three-quarters. Four of the five previous winners of this event had previous form at the track. There has only been one successful favourite during that time with the remaining four all returning at double-figure prices. 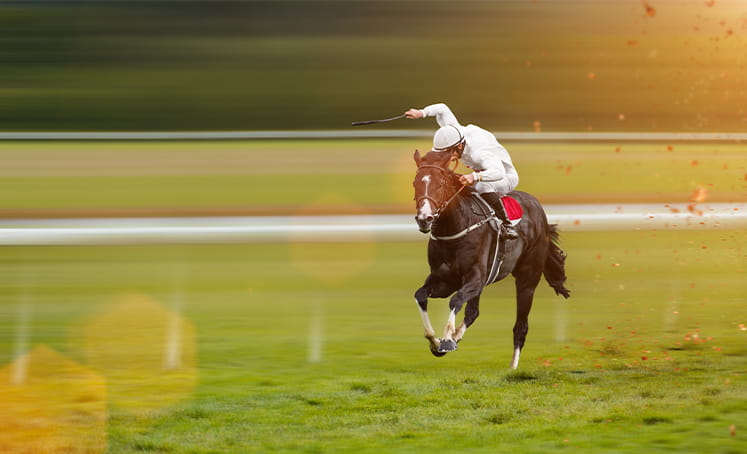 Andrew Balding saddles the ante-post favourite Nate The Great, a five-year-old gelding by Nathaniel. He has two victories from thirteen racecourse appearances, most recently beating Who Dares Wins by a neck at Wolverhampton. He was quite a useful juvenile and was placed in Group 3 class as a three-year-old. His most recent form has been over two miles on the all-weather and his up 3lbs for that success.

The Grand Visir carries top weight, the winner of the Ascot Stakes in 2019. He was also runner-up in the Queen Alexandra Stakes in 2020 but has not raced since finishing fourth over hurdles in November. Glencadam Glory posted a career-best when runner-up to Fujaira Prince in the Ebor Handicap at York last August. He has been beaten a total of 50 lengths in his three subsequent starts.

Mark Johnston and Franny Norton team up with Trumpet Man, a four-year-old gelding by Golden Horn. He has won three of his thirteen starts and rattled off a hat-trick in the Autumn. He began his winning streak when rated 72 at Nottingham in September before shrugging off a 6lbs rise at Newcastle.

Trumpet Man completed his hat-trick in style at Haydock in heavy ground in October when rated 86. The handicapper put him up 11lbs next time and he was comfortably held by Win O’Clock in a match race. He is one of five runners here for Johnston who also saddles Themaxwecan, King’s Advice, Notation and Hochfeld.

King’s Advice is now seven years of age and has won eleven races under rules. His last victory was at Goodwood in August 2019 and he has gradually slipped down the weights. There isn’t a great deal of encouragement to be taken from his recent form.

Themaxwecan has won three of his sixteen races and was second to Ocean Wind at Newmarket in September. He had run well at Royal Ascot over this trip in June behind Fujaira Prince and is now 4lbs lower in the weights. He has been gelded since he last ran.

Alright Sunshine is something of a course specialist with four wins from four previous visits. He was well beaten in the Cesarewitch before finishing second over hurdles at Kelso in February. He was flying a bit too high when sixth of seven at the same course in a Grade 2 next time and now reverts to the flat.

Hollie Doyle has been booked to ride the hat-trick seeking Cardano for Ian Williams. Both victories came on the all-weather at Lingfield. He was well beaten when he last ran on turf in October and this is his first run at the trip.

Diocletian won by 10 lengths over hurdles at Fakenham in December before finishing sixth at Kempton. He took a strong hold at Kempton and gave himself little chance of lasting home. He would have a chance on his best form of last season, notably when third to Euchen Glen in a Haydock handicap.

The Betway Queen’s Cup is due off at 3.35 at Musselburgh on Saturday 3rd April and will be televised live on ITV4.