The big betting race at Newbury on Saturday is the £155,000 Betfair Handicap Hurdle over two miles. The race has been through several different sponsors but has retained its status as one of the most prestigious handicap hurdles of the season. It was originally known as the Schweppes Gold Trophy and later the Tote Gold Trophy, attracting top class hurdlers.

Notable previous winners include Deep Sensation (1990), Mysilv (1995), Make A Stand (1997), Zarkandar (2012) and My Tent Or Yours (2013). Nicky Henderson has trained the winner on five occasions while Gary Moore and Nigel Twiston-Davies have each won it three times. Al Dancer won the race as a novice for Nigel and Sam Twiston-Davies 12 months’ ago. 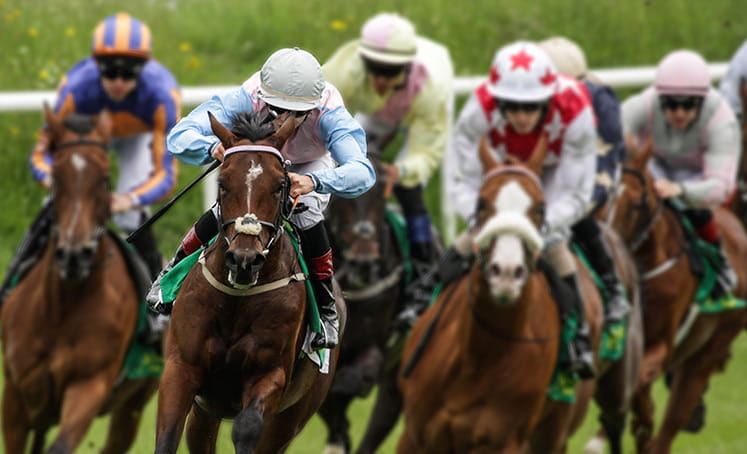 Not So Sleepy hit with massive weights rise

Trainer Hughie Morrison has already landed one major prize with Not So Sleepy and now sets his sights on plundering another valuable trophy. Not So Sleepy made all the running to win the £85,000 Betfair Exchange Trophy at Ascot in December by nine lengths. Just as in his previous race, he dominated from the outset and was never seriously challenged. The handicapper has put him up a massive 17lbs, prompting connections to consider a tilt at next month’s Champion Hurdle. It remains to be seen whether he is quite up to that class but his rivals cannot afford to give him too much rope.

Another horse already successful in a big handicap is Greatwood winner Harambe, trained by Alan King. He almost missed that race in November through injury and has not raced since. He defeated Gumball by a neck in receipt of 5lbs and should confirm the form on 4lbs better terms. Mack The Man is up 8lbs for his victory over Protektorat in heavy ground at Sandown in December. The son of Flemensfirth is much improved this season and sneaks in near the foot of the handicap with just 10st 3lbs.

Nigel Twiston-Davies seeks his fourth winner in the past seven years when he saddles Stolen Silver, a narrow winner of a Grade 2 novice hurdle at Haydock last month. That was only his sixth race under rules and his lack of experience could be an issue in such a competitive race.

The same could certainly be said of Nicky Henderson’s Never Adapt, a five-year-old mare with only four previous starts. She finished third off a mark of 128 at Cheltenham in December before winning a Kempton handicap off a 2lbs higher mark. She did not settle in the early stages that day and faces a 10lbs hike in the weights. Henderson also runs Mill Green who overcame a 262-day absence to win at Sandown. He has gone up 8lbs as a result and may find the early pace a problem, having previously raced over further.

The Bannerkingrebel finished two lengths behind Stolen Silver at Haydock and is 4lbs better off on Saturday. The Philip Hobbs-trained Oakley has form with Not So Sleepy and Never Adapt. He finished ahead of Never Adapt when beaten a neck by Repetitio at Cheltenham and is 7lbs better off. He also enjoys a 10lbs pull in the weights with Not So Sleepy from Ascot so has obvious each-way claims.

Lightly Squeeze has attracted support at long odds after effortless victories in minor events at Taunton and Plumpton. The handicapper has put him up 17lbs and this is a big step up in class. Willie Mullins has entered Ciel De Neige who is yet to win in six starts. He was beaten at long odds-on in a poor race at Limerick in December but it is worth remembering that he finished third in last season’s Fred Winter Hurdle at Cheltenham. He is only 3lbs higher and could have been laid out for this valuable prize.

The Betfair Hurdle is due off at 3.35 at Newbury on Saturday 8th February and will be televised live on ITV4.