The big betting race at Newbury on Saturday is the £125,000 Betfair Handicap Hurdle over two miles. This race was formerly known as The Schweppes and later the Told Gold Trophy and is one of the most competitive hurdle races of the season. Notable past winners include Champion Hurdlers Persian War (1968) and Make A Stand (1997). Nicky Henderson is the leading trainer in the history of the race with five winners, most recently winning with My Tent Or Yours in 2013. Last year’s race was won by Pic D’Orhy, trained by Paul Nicholls and ridden by Harry Cobden. 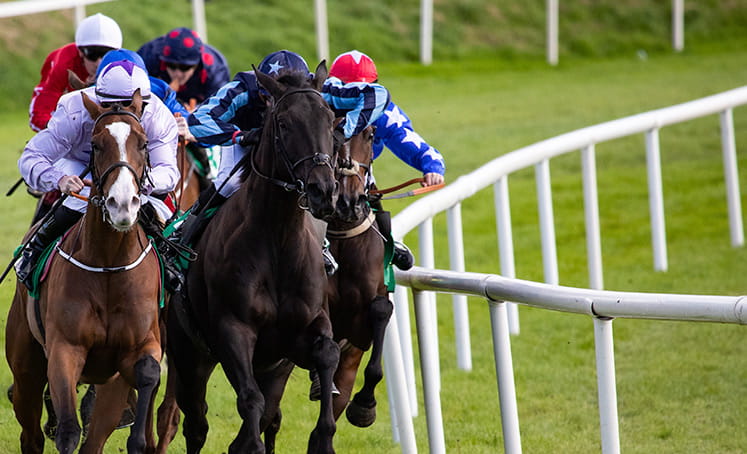 The ante-post favourite is Harry Fry’s Metier, unbeaten in three starts over hurdles. He was officially rated 90 on the flat where his only victory came in a maiden race at Gowran Park. He has looked a different prospect altogether with a flight of hurdles in front of him, winning at Newton Abbot, Ascot and Sandown. His most recent success was in the Grade 1 Tolworth Hurdle where he beat Shakem Up’Arry by 12 lengths.

The runner-up will be almost a stone better off here, although he had looked fully exposed with one victory in seven starts over hurdles. Ben Pauling’s gelding lost a shoe when fourth to War Lord at Haydock in November and has run his best races when allowed to dictate the pace. He may struggle to dominate in such a large field on Saturday. There has been plenty of market support for Cadzand, trained by Dan Skelton. He won minor races at Ayr and Warwick before winning on his handicap debut at Kempton. He comfortably beat Christopher Wood who franked the form by winning last weekend. Cadzand has been raised 9lbs by the handicapper.

It is unwise to overlook Nicky Henderson’s runners in these competitive handicaps and he is double-handed here with Buzz and Mister Coffey. The Lambourn trainer has been reluctant to separate them on form. He has booked 5lbs claimer Kevin Brogan to ride top weight Buzz who chased home Not So Sleepy in a similar event at Ascot in December. Lightly Squeeze finished third that day with Oakley back in sixth place after fading in the home straight. Lightly Squeeze has done well to return to form after falling heavily at the last flight in this race 12 months’ ago. Hopes of a revival were dashed at Ascot last time behind Craigneiche but he may not have stayed the two and a half miles. Henderson rates Mister Coffey highly enough for Nico de Boinville to partner the six-year-old in preference to Buzz. He was an easy 5 lengths winner on his seasonal debut at Sandown but was only third off a 10lbs higher mark next time. The son of Authorized can take a strong hold in his races so the expected fast pace here should be in his favour.

Paul Nicholls runs three in a bid to follow up last year’s victory. Wild Max is up 9lbs for an easy win at Doncaster in December and is joined by Friend Or Foe and Thyme White. Friend Or Foe was beaten by Guard Your Dreams at Sandown in heavy ground last time. That was a good effort off a 13lbs higher mark than his previous victory at Wincanton. Thyme White has also been hit by the handicapper with an 11lbs rise since winning at Chepstow back in October. He unseated his rider in a messy race at Newbury next time.

Alan King saddles Edwardstone who carries a 5lbs penalty for a comfortable win at Market Rasen in January. He was sixth in last year’s Supreme Novices’ Hurdle and fifth in the Greatwood Hurdle so it would be no surprise to see a big handicap go his way. He could be joined by On To Victory who won the valuable November Handicap on the flat. He got off the mark at the sixth time of asking over hurdles at Wincanton last month.

Milkwood is another with solid each-way claims providing the ground does not becoming too testing. The gelding was very unlucky here in November behind Floressa when badly hampered at the second last. He was a close fourth in the Welsh Champion Hurdle and is weighted to turn that form around with third-placed Buzz.

The Betfair Hurdle is due off at 3.35 at Newbury on Saturday 13th February and will be televised live on ITV4. The meeting is subject to a Friday inspection, but plans are in place to re-arrange the card within a week if necessary.