The big betting race at Sandown Park on Saturday is the £115,000 Bet365 Gold Cup over three and a half miles. The race was first run in 1957 as the Whitbread Gold Cup, a sponsorship which ran until 2001. Bet365 took over as race sponsors in 2008, and the event retains its position as the one of the most prestigious staying handicap chases of the season. 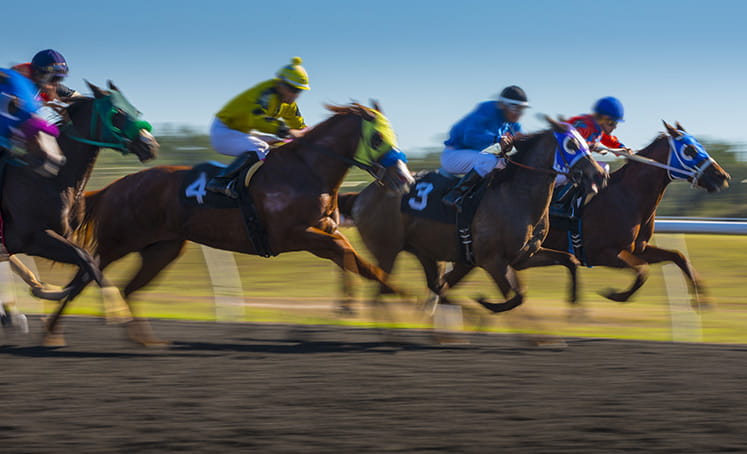 Plan Of Attack Favourite To Strike Again For De Bromhead

Trainer Henry De Bromhead has dominated recent events in National Hunt racing. He was leading trainer at the Cheltenham Festival, where his victories included the Champion Hurdle, Queen Mother Chase and Cheltenham Gold Cup. He then saddled a remarkable 1,2 in the Aintree Grand National with Rachael Blackmore partnering Minella Times to a famous win. He is represented here by Plan Of Attack, and bookmakers are taking no chances with the gelding.

He heads the ante-post market after an eye-catching run at Cheltenham in the Kim Muir Handicap Chase. He was a rare setback for the team when falling at the third last fence. Wearing first-time blinkers, he was disputing second at the time and can race off the same handicap mark on Saturday.

His main market rival is Kitty’s Light, a five-year-old gelding trained by Christian Williams. He has won four of his six races over fences, most recently beating Didero Vallis by a neck over three and a quarter miles at Kelso. He has gone up 4lbs for that success, but no five-year-old has ever won this race. Taxidermist (1958) and Bounce Back (2002) did manage to win at the age of six.

Paul Nicholls has trained the winner on four occasions, notably with the high-class Tidal Bay in 2012. Enrilo represents the stable on Saturday, a seven-year-old with two victories from four starts over fences. He was value for more than his half a length winning margin at Newbury last time when appearing to idle on the run-in. He is yet to race beyond three miles, but he has a staying pedigree.

El Presente Bids To Bounce Back From Ludlow Defeat

Kim Bailey saddles El Presente, who rattled off a hat-trick in October/November on fast ground. He did not reappear until the end of last month when third to Checkitout at Ludlow. That was a slightly disappointing effort after his short-head victory in the Badger Beers Trophy at Wincanton. This race may have been his end-of-season target since then, so he should strip fitter at the weekend.

The same is probably true of Alan King’s Potterman, a short-head behind El Presente at Wincanton and meeting on identical terms. He took his chance in the valuable Ladbrokes Trophy at Newbury but departed at the thirteenth. He is another horse who favours faster ground, and King won the last renewal of this race in 2019 with Talkischeap.

Tom Scudamore gained consolation for his Aintree Grand National disappointment on Cloth Cap when driving home Mighty Thunder in last Sunday’s Scottish National. He partners Golan Fortune for Phil Middleton, the winner of one of his four starts over fences. He was never a factor in the Midlands National last time out.

Crosspark has finished runner-up in five of his last six races for Caroline Bailey. His latest run was at Ascot when second to Singlefarmpayment in a Veterans’ Chase, so he may find one or two better handicapped here. Irish Prophecy won well at Taunton for Emma Lavelle in November and may have needed the run behind Stoner’s Choice at Ascot. He was staying on in the closing stages, so could have place claims at long odds.

The Bet365 Gold Cup is due off at 3.40 at Sandown Park on Saturday, 24th April and will be televised live on ITV.