The 2.25 race at Newbury on Saturday is the Al Rayyan Stakes, registered as the Aston Park Stakes, a Group 3 contest over a mile and a half. The race was upgraded from listed class in 2016 and has been won by some high-class horses in recent years, including Telescope (2015), Hawkbill (2017) and Crystal Ocean (2018, 2019). It is often a stepping-stone to Group 1 races like the King George VI and Queen Elizabeth Stakes at Ascot. 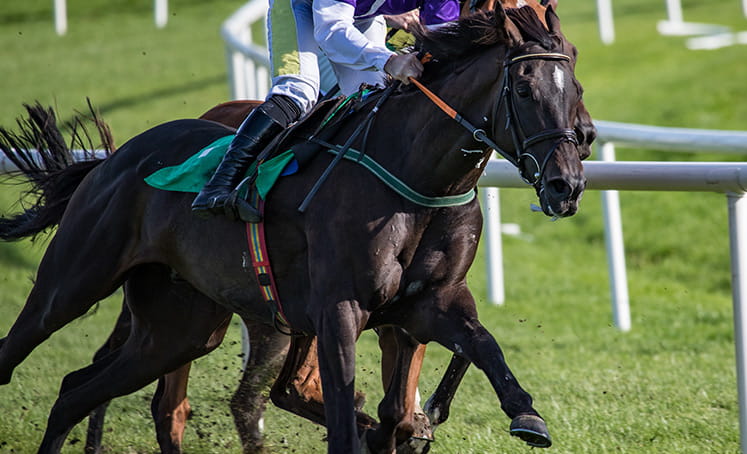 Bookmakers have chalked up Al Aasy as the short-priced favourite, a four-year-old son of Sea The Stars trained by William Haggas. He got off the mark with a ten lengths victory at Newmarket before taking the Group 3 Bahrain Trophy at the same track. He was considered a live contender for the St Leger after that win but finished a disappointing last of six behind Mogul at Goodwood next time.

Haggas could offer no explanation for that poor effort, but Al Aasy bounced back to form here last month. He was confidently ridden by Jim Crowley before quickening clear of Without A Fight to win the John Porter Stakes. He has won on good and soft ground and looks a worthy favourite.

His main market rival is 2019 St Leger winner Logician, trained by John and Thady Gosden. The grey was absent for almost a year after winning the Doncaster Classic, returning to win a match race at the same track last September. He was made 1-3 favourite to follow up York in October but ran well below form, trailing in last of four behind Euchen Glen. As with Al Aasy, no explanation was offered by his trainer after the race. He has the potential to make a Cup horse this season, and it will be interesting to see if he can put that York defeat behind him.

Mark Johnston has secured the services of Ryan Moore to partner Thunderous. He won the re-scheduled Dante Stakes at York last July when beating Highest Ground by a neck. The son of Night Of Thunder was off the course for 288 days after that. He finished last behind Waldkonig at Sandown on his return but hinted at a return to form next time. He finished third to stable companion Sir Ron Priestley who is on course for the Ascot Gold Cup next month.

Ranch Hand has won his last two starts for Andrew Balding over two miles on the all-weather. He defeated Rock Eagle on both occasions and now takes a step up in class. He was a winning hurdler last November, and a mile and a half on turf could be on the sharp side. Oisin Murphy will probably make the running here, but he looks vulnerable in this grade.

Alan King’s Rainbow Dreamer was two lengths behind Ranch Hand at Lingfield last month, and there seems no obvious reason for him to reverse the form. Asiaaf completes the line-up, but the filly looks out of her depth after being beaten off a handicap mark of 86 at York last time. That leaves her with around 30lbs to find with the market leaders.

The Aston Park Stakes is due off at 2.25 at Newbury on Saturday 15th May and will be televised live on ITV.