The 2000 Guineas is the first Classic of the new flat racing season and takes place at 3.40 at Newmarket on Saturday. Aidan O’Brien is the leading trainer in the history of the race with ten victories, including Rock Of Gibraltar (2002), George Washington (2006) and Churchill (2017).

His most recent success came with Magna Grecia (2019), who provided Sue Magnier with a record eleventh Guineas winner as an owner or part-owner. Last year’s renewal was won by Kameko, trained by Andrew Balding and ridden by Oisin Murphy. Other notable winners include Nashwan (1989), Sea The Stars (2009) and Frankel (2011). 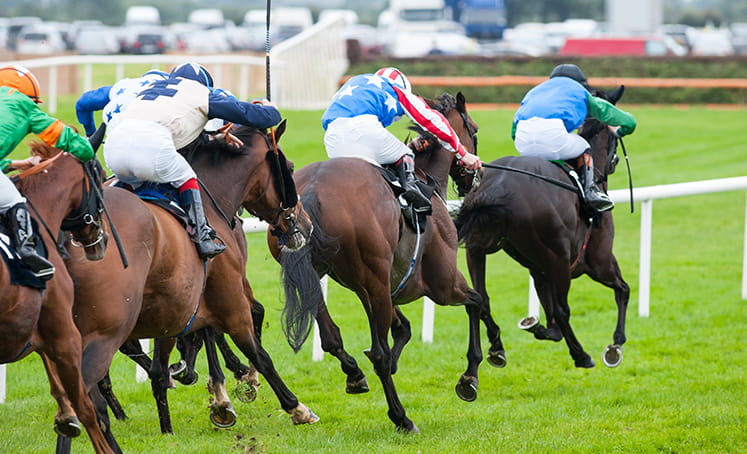 O’Brien has a typically strong entry this year, headed by Wembley. The Galileo colt finished in the frame in all six starts as a juvenile but has only been successful once when taking a maiden at Roscommon. He followed that with a fast-finishing second to Thunder Moon in the National Stakes at the Curragh. On his final start, he was beaten three-quarters of a length by stable companion St Mark’s Basilica in the Group 1 Dewhurst Stakes over seven furlongs. He races as though the step up to a mile will be in his favour.

Battleground is another leading contender for O’Brien, a winner at Royal Ascot and Glorious Goodwood as a two-year-old. He ended his season with a gallant second in the Breeders’ Cup Juvenile Turf, where he was slowly away and forced to run wide. He is a big, strong type who has always looked certain to improve as a three-year-old.

Van Gogh raced seven times last year and won a Grade 1 in France in heavy ground on his final start in October. He had previously chased home One Ruler in the Autumn Stakes at Newmarket when he came from well off the pace. Van Gogh is by American Pharoah out of Epsom Oaks winner Imagine and is currently a shorter price for the Derby than he is for the Guineas.

Joseph O’Brien saddles Thunder Moon, who has ground to make up on Wembley on Dewhurst form. The Zoffany colt started favourite that day following his impressive win in the National Stakes.

Shadwell Estates have supplemented Mutasaabeq following his 6 lengths victory at over seven furlongs here last month. The form of that race is difficult to assess with only three rivals, but he strode clear in the style of a smart colt. He recorded a fast time in the process and is bred to race at this level, being out of 1000 Guineas winner Ghanaati.

Godolphin are well represented here with three runners from the Charlie Appleby stable. One Ruler is the shortest in the betting on the strength of his two-year-old form. After beating Van Gogh at Newmarket he was runner-up to Mac Swiney in the Futurity Stakes at Doncaster. That race was run in heavy ground, and One Ruler was in the firing line for a long way.

Master Of The Seas booked his ticket when running down stable companion La Barrosa in the Craven Stakes. That race has not been a particularly significant trial in recent years, but the son of Dubawi did everything asked of him.

Naval Crown was beaten by Tactical in the Free Handicap and was behind Master Of The Seas at Meydan previously. Richard Hannon is no stranger to pulling off shock results and has high hopes for Newbury winner Chindit. He just got the better of Mehmento over seven furlongs and will not mind the good to firm ground.

The 2000 Guineas is due off at 3.40 at Newmarket on Saturday 1st May and will be televised live on ITV.