The York Ebor Festival 2018 gets under way on Wednesday 22nd August and runs until Saturday 26th.

With prize money of more than £4million, the Ebor meeting attracts many of the star performers from Royal Ascot and Glorious Goodwood. The opening day of last year’s Ebor meeting saw brilliant victories for Cracksman in the Great Voltigeur Stakes and Ulysses in the International Stakes. Enable was the star of the show on day 2 as she romped to an easy victory in the Yorkshire Oaks. Mark Johnston’s Threading won the Lowther Stakes.

The highlight of day 3 was a last gasp victory for Marsha in the Group 1 Nunthorpe Stakes. Frankie Dettori was confident that he held on aboard American ace Lady Aurelia but the photo went in favour of Sir Mark Prescott’s mare. The Ebor is Europe’s richest flat racing handicap and victory went to Scottish trained Nakeeta, foiling a gamble on Prescott’s Flymetothestars. Sands of Mali took the juvenile hours in the Gimcrack Stakes for Richard Fahey.

The leading protagonists for the International Stakes are Poet’s Word and Roaring Lion. The former battled on gamely to beat Crystal Ocean in the King George at Ascot last month. He had previously lowered the colours of Cracksman at Royal Ascot. Roaring Lion travelled like a dream in the Derby at Epsom but did not see out the mile and a half. He gained handsome consolation in the Eclipse at Sandown when holding Saxon Warrior’s renewed effort by a neck.

The Voltigeur Stakes could cause a shake-up in the St Leger betting. Irish Derby winner Latrobe and Aidan O’Brien’s Kew Gardens head the entries. Connections of Latrobe are favouring a tilt at the International Stakes which could leave the way clear for Kew Gardens. Godolphin hopes could rest with Loxley while Derby runner-up Dee Ex Bee needs to bounce back from a modest effort at Goodwood.

Irish Oaks winner Sea of Class and Epsom Oaks winner Forever Together both hold entries in Thursday’s Group 1 Yorkshire Oaks. The fought out a tremendous finish at the Curragh with the William Haggas trained filly prevailing by a neck. Aidan O’Brien may also run Ribblesdale Stakes winner Magic Wand who returned with a dirty scope after finishing fifth at the Curragh. John Gosden’s Enable had been pencilled in for her eagerly awaited return but will now wait until the September Stakes at Kempton.

Pretty Pollyanna produced a stunning display when spread-eagling the field in the Duchess of Cambridge Stakes at Newmarket. It would be difficult to oppose Michael Bell’s filly if she is declared for the Lowther Stakes.

Battaash will be regarded by many as the banker bet of the week in Friday’s Nunthorpe Stakes. He raced far too keenly when beaten by Blue Point at Royal Ascot and made amends with a scintillating win in the King George Stakes at Goodwood. Friday’s card also sees Stradivarius bid to claim a £1million bonus in the Lonsdale Cup. He is three-quarters of the way there after victories in the Yorkshire Cup, Ascot Gold Cup and Goodwood Cup.

Bookmakers are bracing themselves for a big gamble on ante-post favourite Stratum in Saturday’s Ebor Handicap. Willie Mullins trains the five-year-old who was well supported when easily winning the JLT Cup at Newbury. He has been raised 8lbs as a result but is already as short as 4-1 favourite. 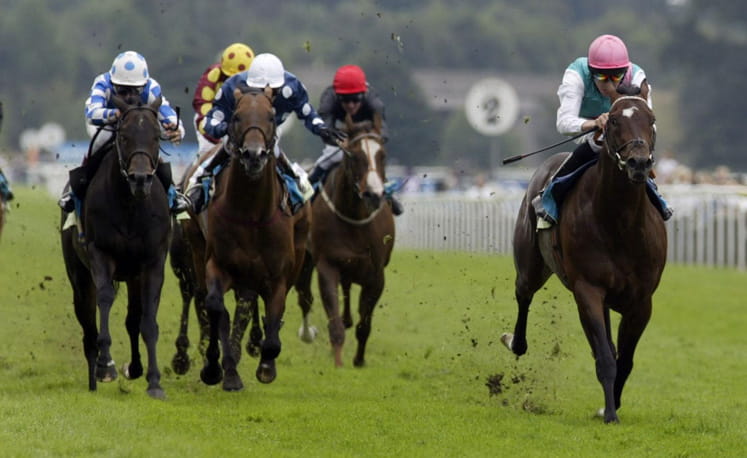 The York Ebor Festival 2018 will be televised on ITV with the first four races shown live each day.