The York Ebor Festival 2017 gets under way on Wednesday 23rd August and runs until Saturday 26th.

With prize money in excess of £4 million, the meeting frequently attracts horses that were successful at Royal Ascot and Glorious Goodwood. The opening day of last year’s Ebor meeting produced a win in the Group 1 International Stakes for Postponed while Idaho won the Group 2 Great Voltigeur Stakes. Seventh Heaven won the Group 1 Yorkshire Oaks on day 2 while Queen Kindly upset the odds-on Fair Eva in the Group 2 Lowther Stakes.

The highlight of day 3 was a brilliant win for Mecca’s Angel when beating Limato in the Group 1 Nunthorpe Stakes. The Ebor is Europe’s richest flat handicap and lends its name to the four-day meeting. The 2016 Ebor was won by Irish raider Heartbreak City who would go on to finish second in the Melbourne Cup.

The highlight of the opening day is the Group 1 Juddmonte International Stakes over ten furlongs. Barney Roy was just edged out in the Eclipse Stakes by Ulysses in a thrilling finish. They were separated by a nose at the line and they are set to renew their rivalry at York. Aidan O’Brien may run Churchill who was denied a run in the Sussex Stakes at Glorious Goodwood due to the heavy ground. The English and Irish 2000 Guineas winner suffered a shock defeat at Royal Ascot and is set to tackle ten furlongs for the first time.

Cracksman has been placed in both the English and Irish Derby this season. The son of Frankel can take a well-deserved Group 2 prize in the Great Voltigeur Stakes. He was beaten only a neck by Capri in a dramatic race at the Curragh and has been impressive in his recent work at home.

All eyes will be on the English and Irish Oaks winner Enable in Thursday’s Group 1 Yorkshire Oaks. The filly took on her elders in the King George at Ascot last month and beat Ulysses by four and a half lengths in testing conditions. The going was on the fast side of good at the Curragh and it is difficult to see what could beat her. Aidan O’Brien has several entries while Sir Michael Stoute’s Breeders’ Cup winner Queen’s Trust has each-way claims. 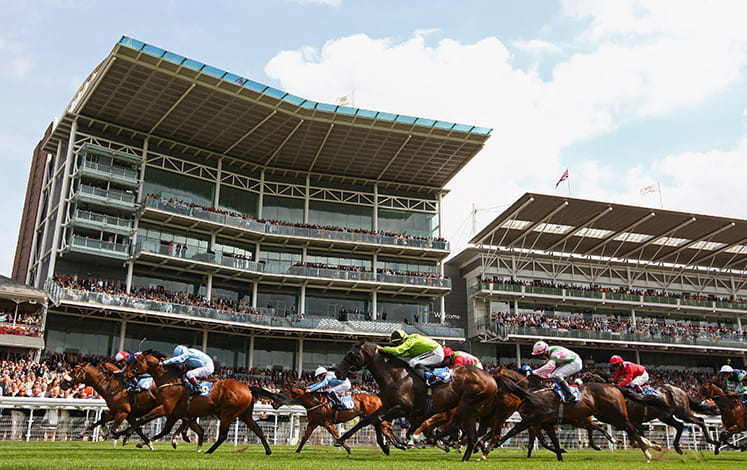 Perhaps the most impressive winner at Royal Ascot was American raider Lady Aurelia in the King’s Stand Stakes. Wesley Ward’s filly, also successful at Ascot last season, now makes her third trip to the UK. She is set to clash with the progressive Battaash who overcame soft ground to win decisively at Goodwood. Marsha has been comprehensively beaten by both of the market leaders already this season but looks the logical each-way alternative.

Flymetothestars is the ante-post favourite for the Ebor Handicap on Saturday. Sir Mark Prescott’s gelding was narrowly beaten into third behind Higher Power in the Northumberland Plate last month. His trainer has warned that he will not run if there is not sufficient cut in the ground.

Godolphin’s Natural Scenery ran a good race in ground softer than she likes at Goodwood recently. The four-year-old finished narrowly ahead of Flymetothestars at Newcastle and is set to meet that rival on identical terms. She is also 1lb better off than the winner who has since been well beaten in the Goodwood Cup.

The York Ebor Festival 2017 will be televised on ITV with the first four races shown live each day.