The feature race at Lingfield Park on Saturday is the £100,000 Listed Winter Derby Trial over ten furlongs. The race is a trial for the Group 3 Winter Derby over course and distance and four horses have won both races. The most recent to do so was Grendisar who won it in 2015 and 2016. He was trained by Marco Botti who is the leading trainer in the race with five winners. Last year the race was won by Utmost, trained by John Gosden and ridden by Robert Havlin.

Gosden bids for back-to-back wins in the race with hot favourite Wissahickon, a four-year-old colt by Tapit. He started last year on the all-weather before switching to turf and winning a handicap at York off a rating of 94. He was beaten off a 7lbs higher mark before reverting to the artificial surface and winning a five-runner race at Chelmsford.

Wissahickon was rated 107 for the Cambridgeshire Handicap at Newmarket in September and powered clear to beat Mordin by three and three-quarter lengths. He reappeared before Christmas when comfortably beating Big Country in a Listed race over course and distance. The runner-up will be 8lbs better off on Saturday. Robert Havlin took the reins on that occasion but Frankie Dettori was on board at Newmarket and regains the ride.

Havlin will partner Court House for the same stable, a four-year-old colt by Dawn Approach. He was slowly away when only fourth behind Pactolus at Wolverhampton on Boxing Day. He made no mistake next time, making all the running to beat Scarlet Dragon in a match by four and a half lengths.

Big Country has won three of his six races on the all-weather. Michael Appleby’s six-year-old was beaten only a neck by Master The World in November. He was no match for Wissahickon last time but his pull in the weights give him an each-way chance.

Moore booked for Dash Of Spice

David Elsworth has booked Ryan Moore to ride Dash Of Spice, a winner of valuable handicaps on the turf at Epsom and Ascot. The five-year-old was well backed on both occasions and was heavily supported to win the Magnet Cup at York in July. He faded rapidly to finish over ten lengths adrift of Euchen Glen and has not raced since.

Stable companion Main Street was formerly with Gosden before joining David Elsworth’s stable recently. He won twice on the all-weather at Chelmsford and was placed in a Goodwood handicap in May. Main Street has been gelded since he was last seen finishing down the field at Royal Ascot the following month.

Pia Brandt sends In The Lope over from France, the winner of a Deauville handicap in December. In The Lope is making his second visit to Lingfield having finished fourth to Master The World in the 2017 Churchill Stakes. Jamie Spencer is aboard Time To Study who raced over much longer distances when trained by Mark Johnston. Now with Ian Williams, it will be a surprise if he has the pace to lay up with these. Chief Of Chiefs won the Whitsun Cup at Sandown last summer and made a successful return to action at Kempton recently. That was a good effort under a big weight and he deserves to take his chance at this level. 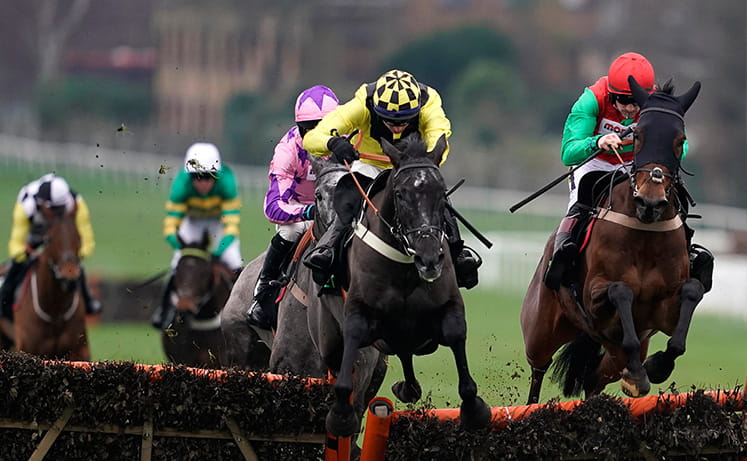 The Winter Derby is due off at 2.55 at Lingfield Park on Saturday 2nd February and will be televised live on Sky.