Monday sees the start of the first round of Wimbledon 2019. Qualifying is already underway, so with this in mind, we take a look at some of the names to watch out for in the most famous tennis tournament in the world.

In the men’s game, it’s difficult to see anyone away from the holy trinity of Novak Djokovic, Roger Federer or Rafael Nadal. In 15 years, of the 62 Grand Slam men’s singles events, only ten has been claimed by anyone other than these three.

Novak Djokovic started the year in emphatic fashion, beating 2nd seed Rafael Nadal in straight sets to win his 15th Major and a record 7th Australian Open. The number one also took the Madrid Open, Stefonas Tsitsipas in the finals without dropping a set. His clay form hasn’t been as good, but he loves the greens of Wimbledon. Bookies have Djokovic @6/4f.

Roger Federer showed his Wimbledon intent by winning his 10th title at the Halle grasscourt event. The Swiss won his 102nd career title by beating David Goffin 7-6 (7-2) 6-1. If Federer is to triumph in SW19, it will be his 9th win. Federer is @7/2 with the bookies.

Rafael Nadal always saves himself for the Wimbledon surface, the 33-year-old stopped playing on grass in 2015, the annual pilgrimage to London being the only exception. Nadal has recently won the French Open, his 12th French title win. Rafa’s two Wimbledon titles came in 2008 and 2010 but hasn’t reached the final for 8 years. Federer is @5/1 with the bookies.

In the women’s game, the bookies have Australian Ashleigh Barty as the clear favourite. The 23-year-old took the top spot in world tennis rankings by beating Germany’s Julia Gorges 6-3, 7-5, in last weekend’s final of the Nature Valley Classic in Birmingham. Barty is only the third Australian to hold the top spot and is priced @ 21/4. Serena Williams has held the number spot on 8 different occasions, the 37-year0old is priced @ 6/1. Others to consider are Petra Kvitova (9/1), Naomi Osaka (9/1), Osaka (12/1) and Britain’s Johanna Konta (16/1). 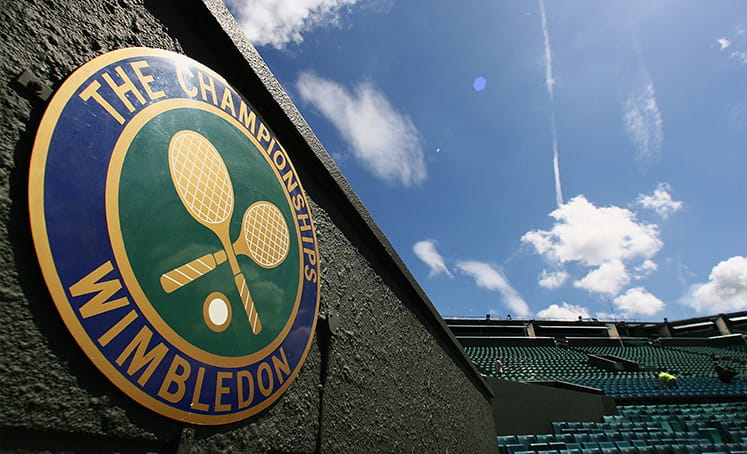 Before a ball has even been hit, this years’ Wimbledon is one of the most anticipated for years. Much of this excitement is being caused by the prospect of watching former champion Sir Andy Murray in action.

It was feared that Murray wouldn’t play professional tennis again after the Scot revealed a hip problem. The 2013 and 2016 men’s singles winner did initially retire from tennis, stating that he can no longer overcome the immense pain he has been forced to play through over the past few years.

However, Murray undertook a ‘Birmingham hip’ operation in which a metal cap is placed on the top of the femur. He said he is now pain-free and the former world number 1 made a victorious return to action. With partner Feliciano López, the pair secured the Fever-Tree doubles title. They won the tournament title by beating Joe Salisbury and the Rajeev Ram 7-6 (6), 5-7, 10-5. Although Murray had earlier ruled out a return to singles action, his stance has since softened after claiming the Fever-Tree title. The 32-year-old admitted he said while in Australia he didn’t anticipate playing doubles but said he didn’t realise he could get back to enjoying tennis again and said he would wait to see what happens.

Mon Jul 1, First Round starts with play from midday. The 2nd, 3rd and 4th Rounds take place on consecutive days starting from Wednesday, July 3rd. Round of 16 games are on Monday, July 8th and action continues every day until the Woman’s final on Saturday, July 13th and the Men’s on July 14th.